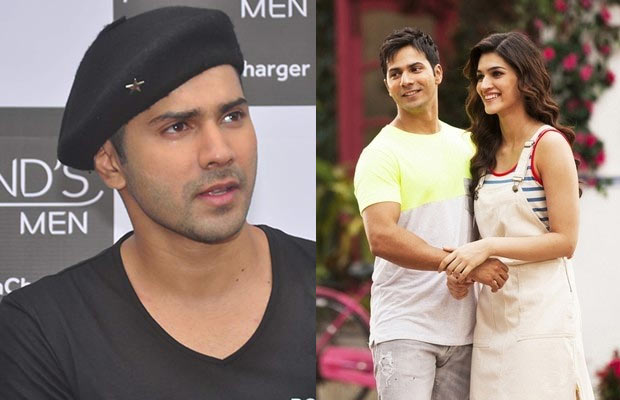 [tps_footer]Varun Dhawan has earned glory too soon in his career. After making a glamorous debut with ‘Student Of The Year’, Varun Dhawan has been credited with wonderful and hit films throughout. The handsome actor fixed a shimmery feather on his career hat with the recent film ‘Dilwale’. The Rohit Shetty film starring Shah Rukh Khan, Kajol and Kriti Sanon is surely a cherry on the cake for Varun’s career. But with a huge film in the kitty, the risk factor is also huge.

During a recent chat, Varun Dhawan expressed why ‘Dilwale’ is also a risk for him, the actor said, “I don’t make safe decisions. Dilwale is also a risk for me and my career because if I am good in the film, only then will I be seen. Otherwise, it’s very easy for me to get overshadowed because of the sheer star power, not only because of Shah Rukh and Kajol, but also because of Johnny Lever, Sanjay Mishra and Boman Irani. These guys are veterans.”

After carefully assessing the risk factor, Varun Dhawan also confessed about how it was like, to be a part of the film ‘Dilwale’, the dashing actor replied, “I love films like Dilwale. I love family films, where you laugh, cry, see good actions, visuals and listen to good songs. I have always loved watching these films like an audience. I always wanted to be a part of one of them. This movie had enough meat and masala for me to perform.”

The Badlapur actor Varun , who has carved a huge female following, also commented that his father David Dhawan is a Rohit Shetty fan. The fun loving star confessed, “My dad is a Rohit Shetty fan. He thinks Rohit sir is an amazing director. His success rate is something which is untouched in this industry. More than any of my films, dad is looking forward to Dilwale because I am doing comedy in the film. It’s a test for me whether I shine or not.”

Varun Dhawan is undoubtedly one of the most promising stars from the new lot, the actor will soon be seen in the film ‘Dishoom’ and has also bagged Karan Johar’s ‘Shuddhi’.