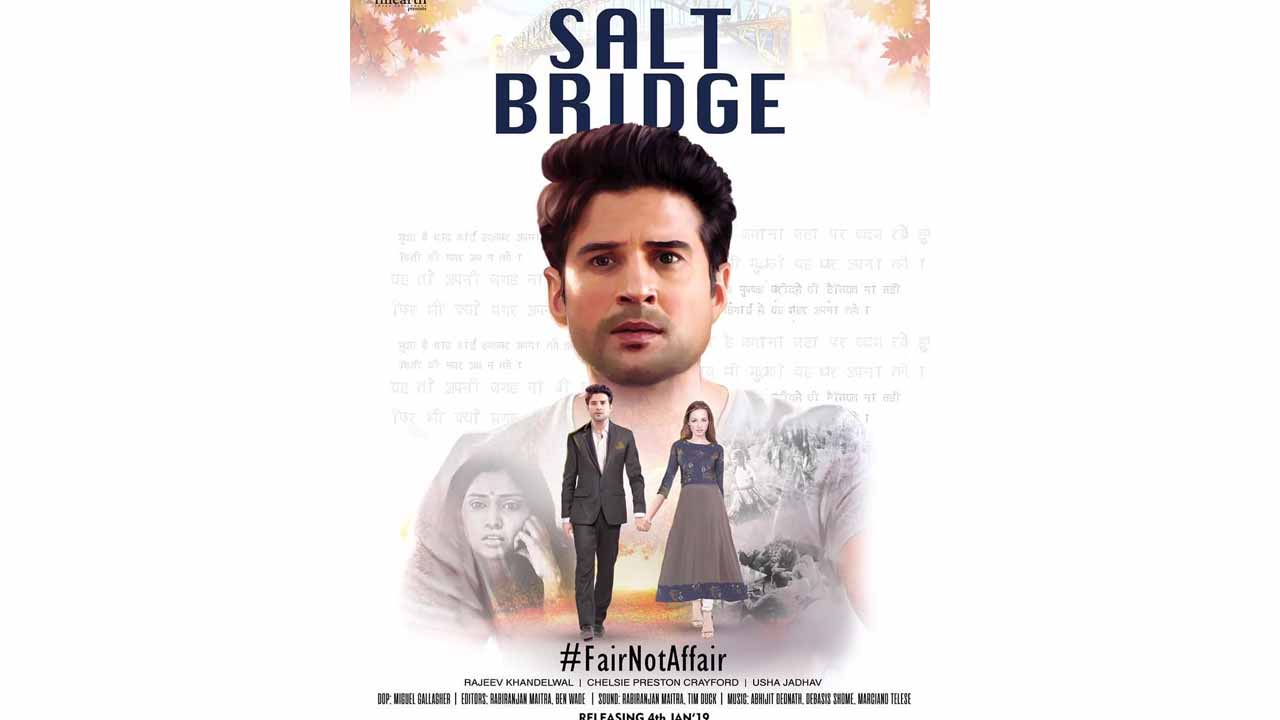 Australian based director Abhijit Deonath is all set to release his movie Salt Bridge on the 4th of January, 2019. The Hindi film stars actor Rajeev Khandelwal, Chelsie Preston Crayford and Usha Jadhav. The film was shot in Australia and has been released to the Australian audience. With its intriguing and thought-provoking storyline the movie has won numerous accolades. After its success in Australia, director Abhijit Deonath wants to release the movie in India. He says “Salt Bridge is a Hindi film. It is very much Indian at heart in terms of values and culture. Naturally then I wanted it to be seen by the people of India.”

The film has deemed itself successful in Australia, we do hope the Indian audience accepts the film with an open heart. Abhijit says “I think it will do a lot better in India. Market for Indian films in Australia is very restricted. The film as I said is Indian and about Indians. People will connect with the characters and the drama. What happened in the setting in the movie is universally applicable – the relationship, the crisis, the resolution. While it applies to anyone in the world, the Indianness of the film comes out through the content and songs of the film. The film has strengths which are so unique that the audience will take note of it and appreciate it. The storyline, the storytelling, the visual look, the music, the performances – they all come together and indulge you in a way you just become part of it. It’s a serene experience.”

The trailer of the film will be released digitally in the first week of December and the film is set to release on the 4th of January, 2019.