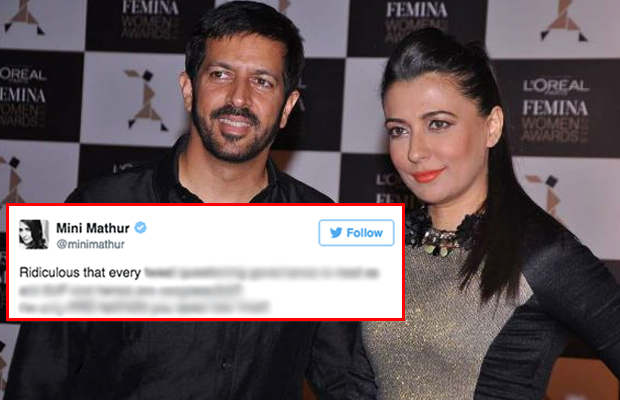 The Bollywood industry is a victim of trolls no matter what stand they have on no matter which issue. As much as social media has helped the celebrities have a direct contact with their fans and audiences, it is also a nuisance at time. Trolls are the new weapons of attacking celebrities. The latest victim to this trend is Mini Mathur.

Mini Mathur, who started off as an actor soon switched to being a successful host, took to Twitter to post her disappointment at the move of PM’s demonetisation scheme. She wrote: “Dear prime minister . Nobody has any money to buy anything. What’s the plan sir?”

Though her point was lauded by some, she was heavily trolled. The next 24 hours became a challenge for her as she spent rest of the day giving fitting replies to her haters.