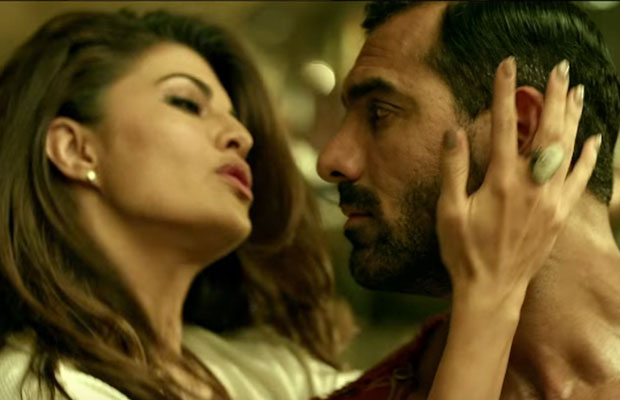 [tps_footer]Varun Dhawan, Jacqueline Fernandez and John Abraham are surely going raise the glam quotient in ‘Dishoom’. The three amazing looking actors are already grabbing eyeballs for their song Sau Tarah Ke. After the engaging teaser, the full track of Sau Tarah Ke has finally launched. Varun, Jacqueline and John are rocking the lenses with their killer moves.

The song Sau Tarah Ke is the first one to be released from the film. The track initiates with an appealing tune in a hide out like place. Gorgeous actress Jacqueline introduces the track with her magnificent moves. The starlet is surely going to attract many more fans thanks to this song. The actress who is the sole leading lady between Varun and John is flaunting her curves like never before.

With mind blowing beats, the track also sees handsome hunk Varun Dhawan dancing his heart out. Intense actor John Abraham however, is not shaking his feet in this one. Nevertheless, his chemistry with Fernandez is right on point.

Sau Tarah Ke is evidently going to be the party anthem for this season. ‘Dishoom’ directed by Rohit Dhawan is an action filled flick. The song is composed by Pritam. The much awaited film will hit the screens on July 29th, 2016.