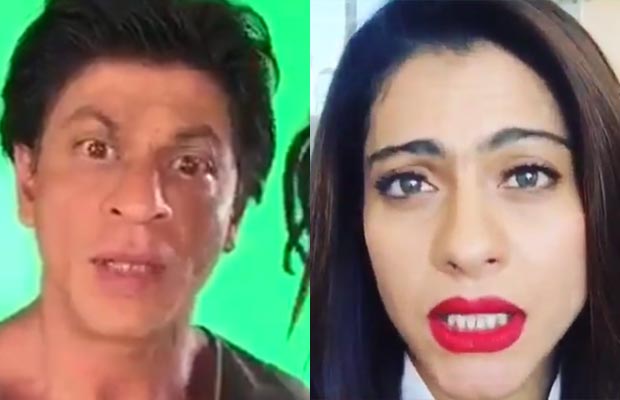 [tps_footer]Bollywood’s two stars Shah Rukh Khan and Kajol are leaving no space to promote their upcoming film Dilwale. With Dubsmash being the latest trend to promote any film, the fever takes over on the actors SRK and Kajol also.

On one side Ranveer Singh and Deepika Padukone are promoting their film Bajirao Mastani and on the other side Kajol and SRK are promoting Dilwale. With hectic busy schedules at the promotions, the actors are also managing to entertain their fans with hilarious Dubsmash.

Gaurav Gera’s shopkeeper and chutki Dubsmashes have become too famous nowadays and with this, Kajol and SRK also try their hands to go with the latest trend. After Ranveer Singh, Varun Dhawan, Kriti Sanon, Bollywood’s most loved couple  SRK-Kajol entertain us with the Dubsmashes. 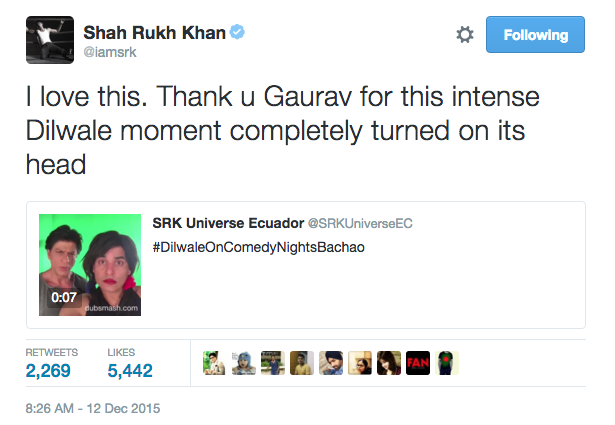 Also Kajol was seen doing Dubsmash with the ‘shopkeeper’ Gaurav Gera. One can see in the Dubsmash video, the beautiful Kajol reprising famous dialogue “I don’t like you” of Anjali from the movie ‘Kuch Kuch Hota Hai’.

Shah Rukh Khan and Kajol are doing their best to keep fans hooked on to their film Dilwale. Both the talented actors will be seen together after a gap of almost five years. Dilwale is directed by Rohit Shetty, which stars Varun Dhawan and Kriti Sanon also. The film is all set to release on December 18.

Other who joined the Dubsmash bandwagon were actress Kalki Koechlin and Richa Chadda.

Who do you think was better with their Dubsmash? Shah Rukh Khan or Ranveer Singh?[/tps_footer]