It was today eight years ago (2008) that filmmaker Aditya Chopra introduced the Bollywood community to Anushka Sharma. She had the best possible debut in terms of the banner launching her and the co-star. It was none other than Shah Rukh Khan in Rab Ne Bana Di Jodi.

The romantic comedy was a hit at the box-office and the crackling chemistry between Tani Partner and Raj/Surinder i.e. SRK and Anushka.

The superstar took to twitter to share a collage of the film and caption it with a super cute message. “Memories RNBDJ. Adi @AnushkaSharma @VMVMVMVMVM all the lovely ladies and the crew but the Golgappas I cannot forget,” he wrote. 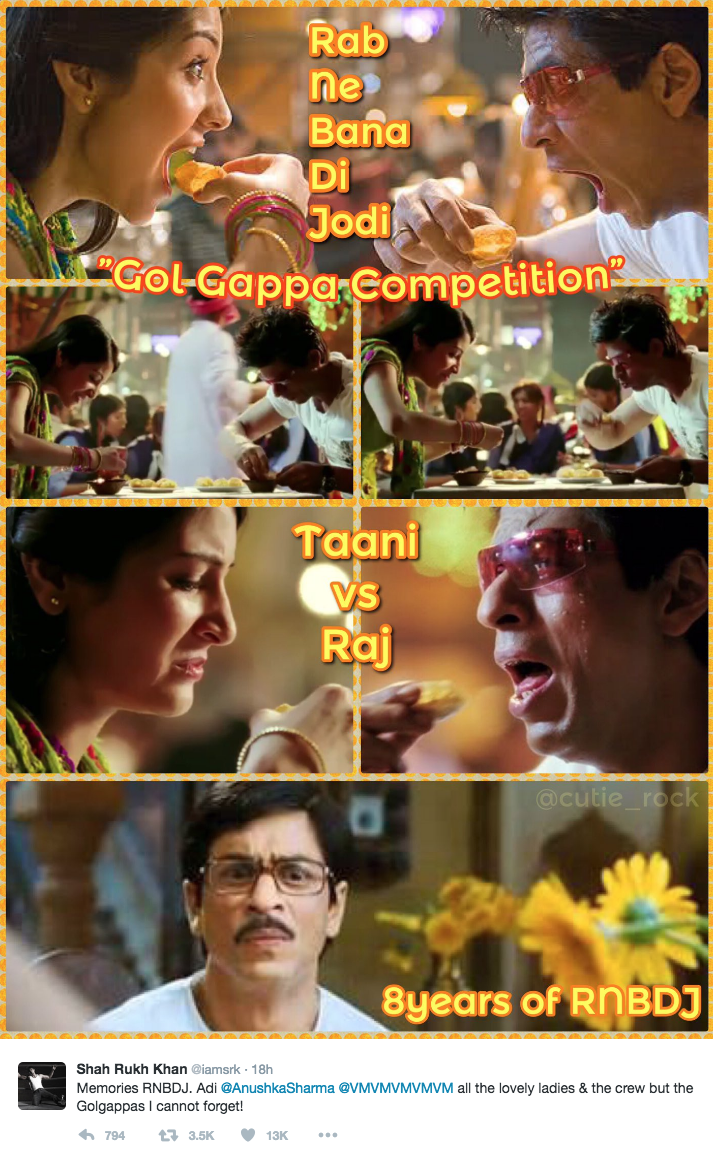 To which his Tani Partner, Anushka quickly replied, “Thank you for the memories and being the best co-star.”

After which we saw this jodi in another Yash Raj film, Jab Tak Hai Jaan. Though they shared the screen space and had amazing chemistry, they were not the “couple” in the film.

Now, their third collaboration is Imitiaz Ali’s next for which both the stars have finished shooting for and is set to release on August 11 next year.

The two also came together on TV chat show, Yaaron Ki Baarat, where we got a chance to see their friendship and bond and not just their on-screen chemistry, which was really nice!