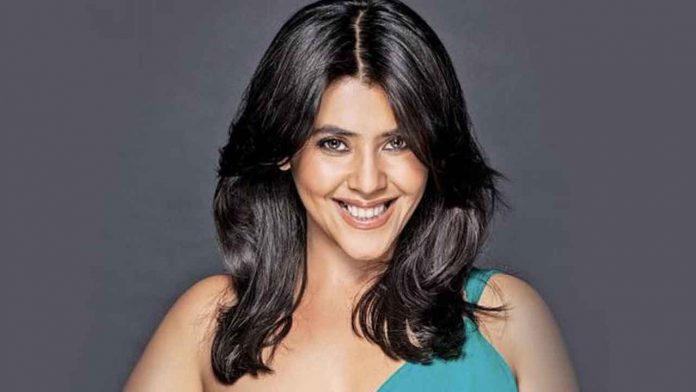 Variety Magazine has unveiled its list honouring the top 500 global entertainment leaders across the globe.The list honours ace filmmaker Ekta Kapoor for her contribution to multiple platforms in the entertainment industry and partaking in philanthropic efforts.

Touted as content czarina, Ekta Kapoor is undoubtedly the only female producer who has carved her niche in the industry with utmost excellence.

Ekta Kapoor is currently riding high as she is juggling between multiple projects across various mediums.

Post the immense success of Veere Di Wedding, Ekta is creating buzz with her Television shows like Naagin and Kasautii Zindagii Ki.

Ekta has set a benchmark when it comes to daily soaps. The filmmaker has not just treated the audience with Television contents but has also ventured into films and digital industry.

Her latest domain being the Digital platform, Ekta has tailor-made content for the online audience.

Owing to her immense contribution across various platforms, Variety Magazine has honoured Ekta Kapoor in their 500 most influential business leaders list.

The filmmaker is all excited about her upcoming line up which is in collaboration with creative wizards Imtiaz Ali, Habib Faisal, Subhash Kapoor and Kamal Hasan.

Ekta’s next collaboration with Habib Faisal is for a web series called HOME starring Annu Kapoor, Supriya Pilgaonkar, Amol Prasar. Going ahead with yet another web series Ekta is associating with filmmaker Subhash Kapoor for a web series on ALT Balaji called The Verdict which is based on Nanavati case.