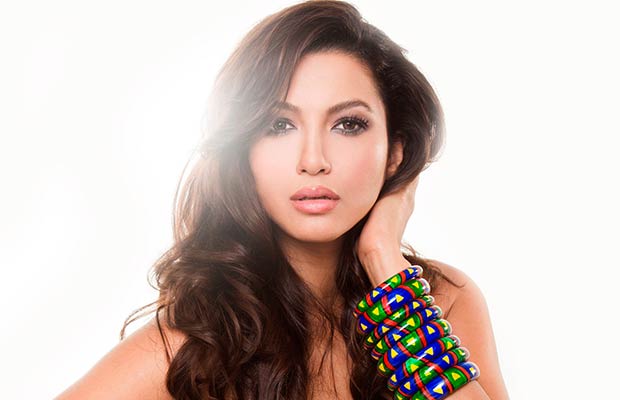 As we all know, it has been quite a long time that Kushal Tandon and Gauhar Khan have broken up with mutual consent. The two parted ways in 2014 and since then, Gauahar Khan has been linked up with her co-stars every now and then. Rumours of Gauahar finding love again in Delhi-based singer-turned-actor Rupin Pahwa were doing rounds for a long time. The rumours started doing rounds after the two were spotted together at Coldplay concert last year. However, later the actress had rubbished all the rumours.

Gauahar Khan, who has now geared up for the promotions of her much-talked upcoming film Begum Jaan, opens up on how she deals with the link up rumours and that if those affect her in any way at the professional front.

Talking EXCLUSIVELY with BusinessOfCinema.com, Gauahar Khan said, “I wish they were true. I wish these link ups were true because I mean it’s just such a waste of time and energy. See when something was supposed to be spoken off, I did. I never shied away from speaking. So when I was in a relationship, the whole world knew about it and after that if I have not been (in a relationship). It’s not press’s (media’s) way to attach my name to the people. I ignore, ignore and ignore but when it comes to clarification I just laugh it out and speak about it.”

She further added, “I have been attached to names with whom I don’t even hang out too much and if I do hang out with a friend of mine, I get linked up. Is it like I can’t have friends in life?.”

When asked about how she deals with social media trolls that every actor is currently facing in Bollywood, Gauahar said,  “I think people don’t understand the concept of live and let live and media is responsible for that. I think this gossip column, paparazzi era has come and I don’t understand why people write guess who and blind articles. When you have a story, write it. Why you need guess who articles.”

Talking about Begum Jaan, Gauahar Khan will be seen in a very strong and powerful role as Rubina. The film, which stars Vidya Balan in the lead role, is based on the backdrop of the year 1947. Begum Janna is the story of eleven women who refuse to part ways with their brothel and each other during the partition between India and Pakistan. The film also stars Chunkey Pandey and Naseeruddin Shah in the lead roles.