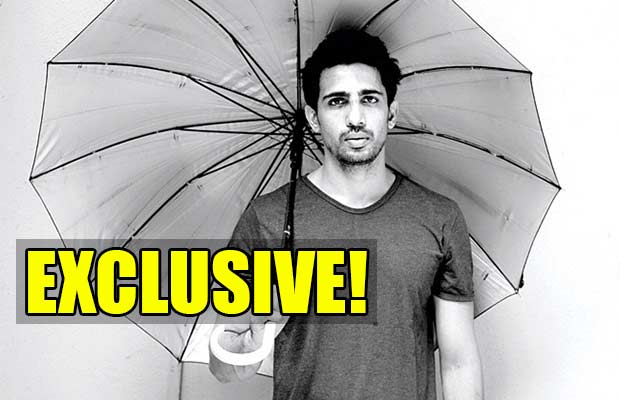 [tps_footer]Bengaluru actor Gulshan Devaiah, who played Hindi cinema’s first-of-its-kind understated se* addict in ‘Hunterrr’, is all set impress his fans with his amazing acting in his upcoming film ‘Cabaret’ opposite Richa Chadda. The boy, who started off in the English theatre circuit working with Kalki Koechlin, and then moved on to play negative roles in films like ‘Shaitan’ and ‘That Girl in Yellow Boots’, talks about his upcoming films and much more in an interview with Business Of Cinema.com.

Say us something about your upcoming film Cabaret

Cabaret is a romantic film between two damaged people. The story is about a woman who is not very ambitious in her character but somehow her life takes a turn and she has to run away from certain situations and between this, she becomes a big international star and a dancer. There is a guy name Gaurav, played by me in the film…who is an investigative journalist but his life takes a huge turn downwards and then he becomes an alcoholic…the film is then about how two damaged people meet each other.

How was your experience working with Richa Chadda as a lead actor?

I knew Richa from before and we were sort of friends and have briefly worked with her in ‘Ram-Leela’ but this time as a lead. It’s always a pleasure to work with good actors like Richa, Kalki or Radhika Apte. They are fantastic actors and your job becomes much easier because a simple scene becomes really something else as you find different layers in it… It was really fun to have a creative discussion with Richa and to do scenes…improvise…I expected it would be great experience to work with her (Richa Chadda) In all it was variety of experience and it was an enjoyable process with the whole team everybody has worked hard and we are happy to have worked with each other

Don’t you think Cabaret is lagging in creating a buzz?

I don’t know the exact reason but then quiet few dates have been changed. I don’t know the exact details but I suppose Pooja (Pooja Bhatt) or T-series would be in a better position to sort of give you information on that. As far as I, Richa and other actors are concerned our jobs are done, we are just waiting now. What I hear is that they have not taken the film on a right platform and presented in the way they wanted to do…why this is happening I don’t know but I think it’s a very valid point as we have only Fridays in a year to find the right day . I think people expect certain buzz and excitement about the film.

What’s the real reason behind the release of the film being postponed?

It’s all teamwork as no one person can make a film but yes it affects us but I think my good job is done and it’s not in my hands…I think they just want it to be released in a certain way and are not able to because there are so many films getting released. They want to implement certain strategies which they are not able to do.

Don’t you think postpone of the film and internal matters between the creatives affect the lead actors of the film in some way?

Yh it is really disappointing because you work so hard and you want people to watch your film as I do very few films a year. I am too choosy and am also very careful with my choices. So one film a year and I want people to see my work and I want appreciation what we live for but yes one has to be patient as the entertainment industry is full of uncertainties. You need to have patience and the stomach to digest such things and hopefully, I have that

Reports are that the film will clash with Amitabh Bachchan’s Te3n, Don’t you think that can affect your films at the Box Office?

I have no official confirmation about it but I have been said that there is two weeks delay and so roughly it might clash with Bachchan’s Te3n. I don’t have any official information regarding it so I can’t tell surely if it would be on the 10th of June or no… if it does with Bachchan’s film I think both are a different kind of films. I believe two or three films together can survive and necessarily does not need to be a cutthroat competition always.

Do Box Office numbers are important to you than appreciation?

See if any film is successful, Box Office numbers definitely matter. I won’t lie as it will make me feel happier. I think it will also empower me as an actor to experiment with your films and it puts you in a certain position of power. I know cinema is also a business and is also an art form so it always has to have the right balance and have to go hand in hand. One thing can’t take priority over the other and of late business perspective is taking too much of priority as people are paying to much of importance to how much money is made and they neglect what are the innovations in the films.

Do you have any thoughts to try your hands on some other genre films apart playing intense roles?

Initially, when I started my career it was kind of negative role and later they were some roles which were connected to sexuality. I don’t have a problem with people contemporizing me because I know I can do more and when those opportunities would come. I think I am capable of more than what people have seen me and I have been doing theatres when I was 5 years old and as a cinema lover, I love doing different kinds of films. I don’t really limit myself but I don’t want to hurry to prove that I am a versatile actor because you also have to learn and work and develop yourself as an individual and actor so once the right time arrives, I think I will show my versatility.[/tps_footer]