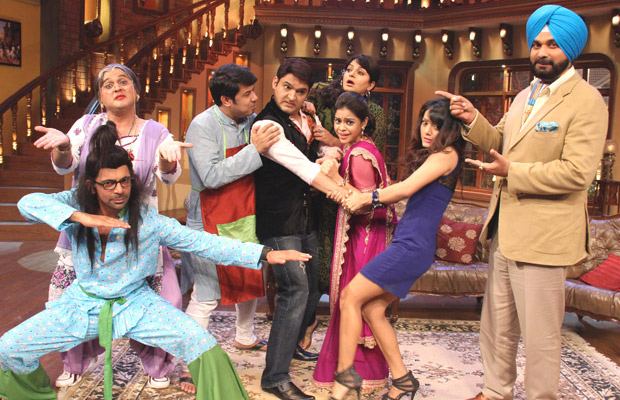 Preeti Simoes, creative director of ‘Comedy Nights With Kapil‘, in an exclusive chat with Business Of Cinema, expressed her views on Krushna Abhishek mocking Kapil Sharma in the first episode of ‘Comedy Nights Live‘ and much more.

When asked on Krushna receiving loads of criticism for taking over Kapil Sharma’s place.

Being frank with her words Preeti said, “That was obvious thing, Krushna was suppose to get criticized as Krushna breaks mediocre jokes and mocking people in a different way is not a class.”

She also added saying, “Comedy Nights Bachao copied the concept too, but we tried to maintain a silence over it.”

When asked about Raj Nayak’s interview on Kapil Sharma, where he has revealed that Kapil chose to walk off and that he is very fond of him and also he really felt sad to see him go.

To which Preeti replied, saying, “Obviously he has to come up with some reason as he has got gallis (abused) and has been criticized by fans on twitter, which might have affected him.”

We also asked her on Kapil Sharma’s take, as he has maintained silence over the same since the show went off air.

“Kapil has completely moved on from this, it’s been three years we have worked hard”, Preeti responded. The bold and beautiful lady revealed, “Soon he will surely come up with a new show for which we all are already working hard.”

Nevertheless, we are waiting for Kapil Sharma to make a big announcement on his new show, which will cheer up his thousands of loyal and crazy fans once again.[/tps_footer]