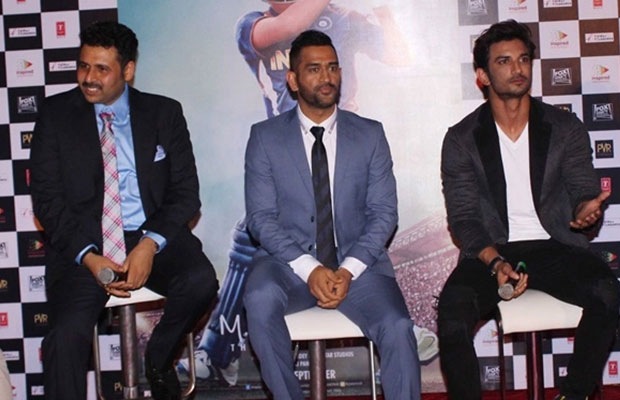 In an exclusive interview with Arun Pandey, the producer of ‘M.S Dhoni: The Untold Story,’ revealed on his journey throughout the making of the film.

How did you come up with this idea of the film?
When I used to play, that was the first time I met him. I saw him and I observed that every cricketer used to go in his room and spend some time with him. One thing I realized was that this man has positive energy. So from there, I started following his activities and other work. Sometimes I used to pick few things from his activities which helped me to improve. The most important thing was that he was extremely humble and positive person. From that background, I used to tell my colleagues about this amazing guy that I had come across. Plus, the way he handled everything in life in such a simple way that I realized that people should know about it. Every moment of his life is learning and aspiration.

How did you disclose it to M.S Dhoni that you want to make a film on his life?
You cannot accumulate everything in a three hours’ film. This film will inspire and help everyone. It will have an impact on the viewer. It was not at all easy to convince him, he had many questions like why my life, there are so many other people who have achieved so much in life etc. It took time but later he agreed to it.

What are the difficulties a producer might come across during the process production?
The answer to this question will differ from person to person. You have to be very respectful towards everyone and it makes your life very easy. It’s no very hard to deal with as the people who are associated with this film are great. I myself learned a lot from them.