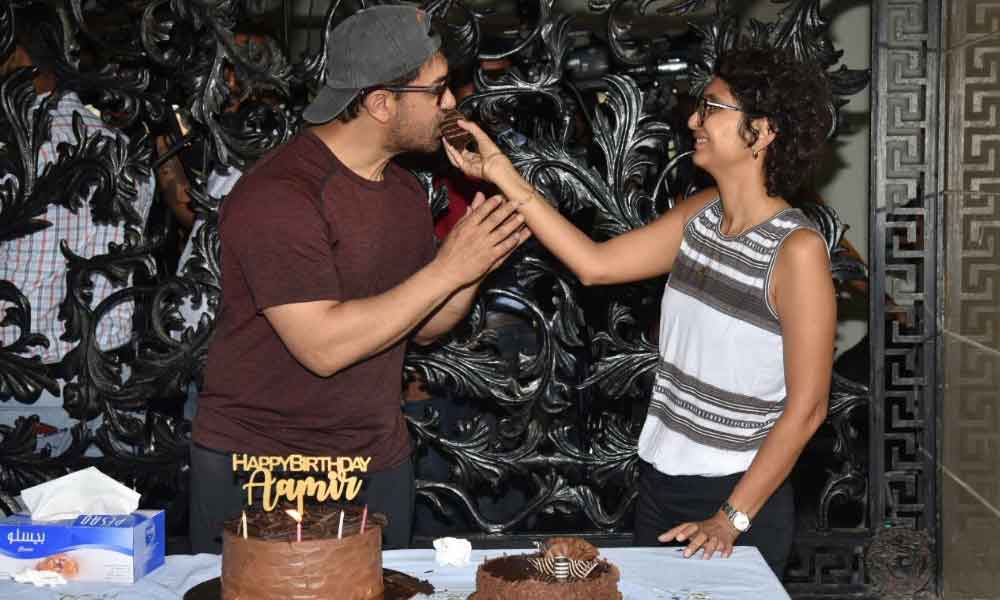 Superstar Aamir Khan turns 54 today and the fans flooded the internet with love and wishes for their favorite actor.

Known as Mr. Perfectionist in the industry, Aamir Khan for Bollywood has over the years created an image that many look up to. From making films that address the pertinent issues of the society, to speaking his mind on raging issues even off camera, Aamir Khan has always been the one with a calculative brain and has used his position to impart a change in the society.

Aamir Khan as a customary celebrated the special day with the media and photographers. The actor had cut the cake with the paps and spoke to the media having a gala time.

Fans across the nation have been pouring in wishes for Aamir by posting the actor’s pictures with them, which saw a strong social trend with the word #HappyBirthdayAamirKhan.

Here’s how the fans wished the superstar:

Here’s wishing a very Happy Birthday to one of the greatest actors to grace Bollywood ~ Aamir Khan
Keep up the good work. Wish to see you in more movies in the years to come. #HappyBirthdayAamirKhan pic.twitter.com/n1h7qqO9VR

My favourite Bollywood actor @aamir_khan turns 54 today.
A very #HappyBirthdayAamirKhan👏🎆We all hope from you that you always entertain us through your brilliant action.
Best wishes to you and for your future. 👏👏👍✌#AamirKhan

Aamir Khan’s documentary film Rubaru Roshni, produced by Aamir Khan and Kiran Rao, released on the small screen on the Republic Day. The film which was translated the film into 7 different languages viz. Tamil, Telugu, Malayalam, Hindi, Bengali, Marathi and English along with subtitles on respective star regional networks” has garnered immense appreciation across all quarters.