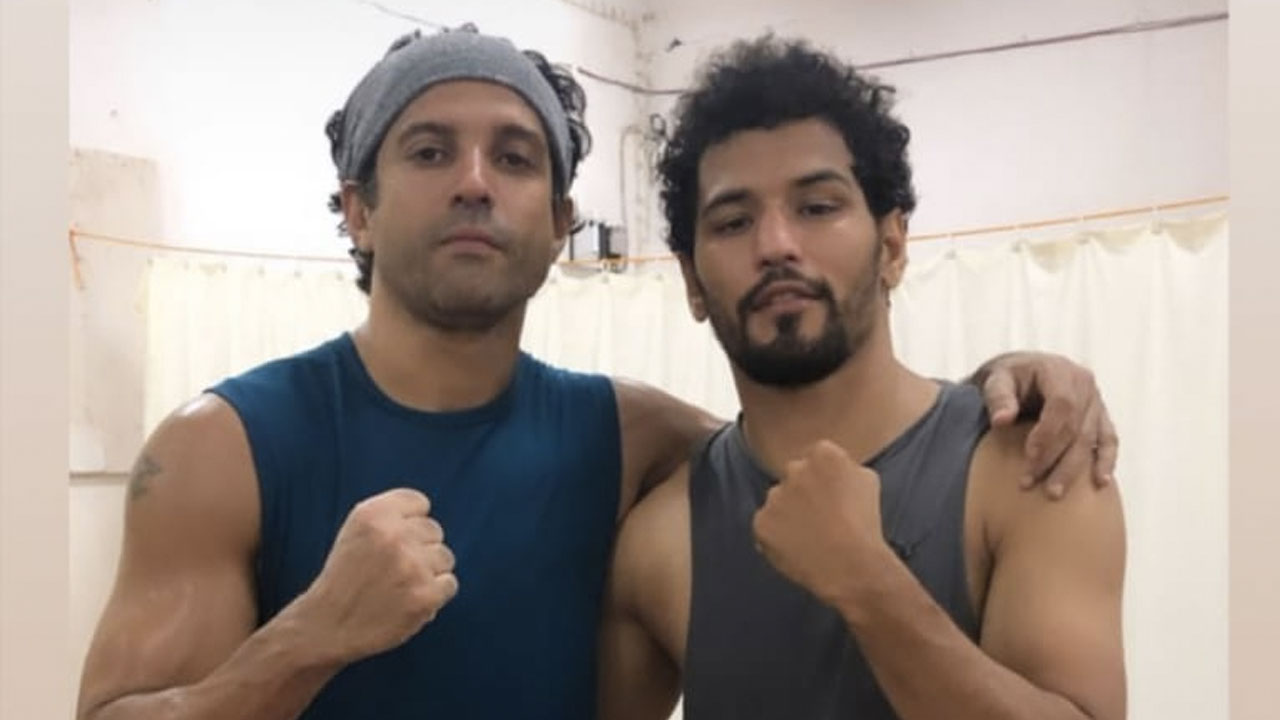 Bollywood’s polymath Farhan Akhtar has been creating a huge buzz and has been giving his fans a glimpse from his training sessions with the Indian professional boxer, Neeraj Goyat for his most anticipated upcoming movie, ‘Toofan’.

Neeraj Goyat had expressed his gratitude for receiving an opportunity of having a training session with Farhan by taking to his social media. He shared a picture with the actor captioned as, “After today’s training season with the great @faroutakhtar for next moive #Toofan”.

Not just that, Farhan also shared Neeraj’s update about their training by taking to his social media with the reply, “Aap hi se seekhna hain @neeraj_goyat”. This exchange of conversations between Farhan Akhtar and Neeraj Goyat are currently giving all of us major bro-training goals.

After slaying the role of an athlete in Bhaag Milkha Bhaag, the actor is all set to deliver one more power-packed stellar performance in the upcoming film ‘Toofan’. While essaying this role, Farhan is giving continuous updates of his hardcore training and commendable punches to his fans and followers. This definitely is a daily dose of inspiration for his fans, youngsters and aspiring athletes all over.

Farhan Akhtar is not only known to have carved a niche in the acting space, but many brands are opting for Farhan as the face of their sports line. Not only is he known for his stellar performances in iconic films like Rock On and Zindagi Na Milegi Dobara but he is also a fabulous singer, a writer-director and a producer. Needless to mention, he is a well-versed personality who is a master of everything he puts his hands on.

On the work front, Farhan is gearing up for his upcoming movie, ‘The Sky Is Pink’ where the actor will be sharing the screen with Priyanka Chopra with whom he has also worked in his sister’s film ‘Dil Dhadakne Do’ which was a blockbuster hit in the theatres.