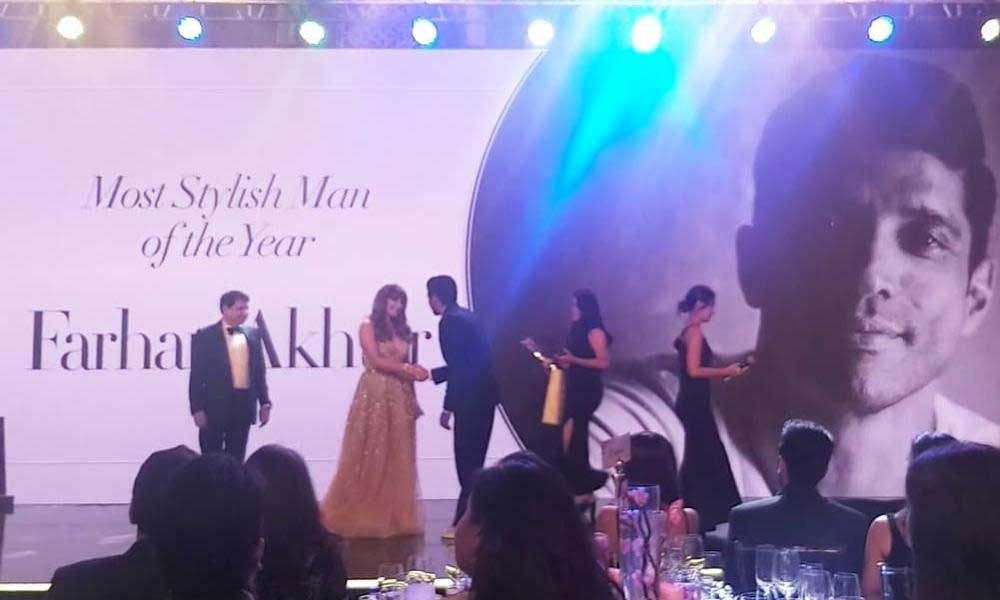 The ever classic Farhan Akhtar whose style game is on point, be it casual sports look or Formals, the actor pulls off each look with ease. Owing to his impersonated style that makes him stand apart from others, Farhan Akhtar bagged the title of the Most Stylish Man of the year award at a recent award ceremony,

Dressed in a navy blue Dior suit paired with white sneakers, the actor looked dapper as he graced the award function.

Farhan Akhtar at a recent interview mentioned how he follows the fashion,” I don’t feel the need to subscribe to a fashion of the year or the season. I dress and purchase by instinct. The clothes that you wear have to be an extension of your personality.” Farhan further added, “I’m usually in jeans or pants and a t-shirt. Things that are comfortable every day. Even when I have to dress up, I would probably be in a suit, as opposed to Indian clothes. But, over the years, I’ve started discovering a new love for them.”

The actor has recently wrapped the film schedule of his upcoming film The Sky is Pink for which he was shooting at Andaman and Nicobar Islands.

Farhan is currently training rigorously as he has begun the prep to slip into his boxer avatar for his next film ‘Toofan’ which will go on floors soon. The actor has been sweating it out in the gym pumping iron apart from also taking up boxing.

On the work front, Farhan Akhtar is currently basking in the glory of his recent production Gully Boy and is also gearing up for his upcoming ‘The Sky Is Pink’ where the actor will be starring alongside Priyanka Chopra after Dil Dhadakne Do, as well as Toofan.