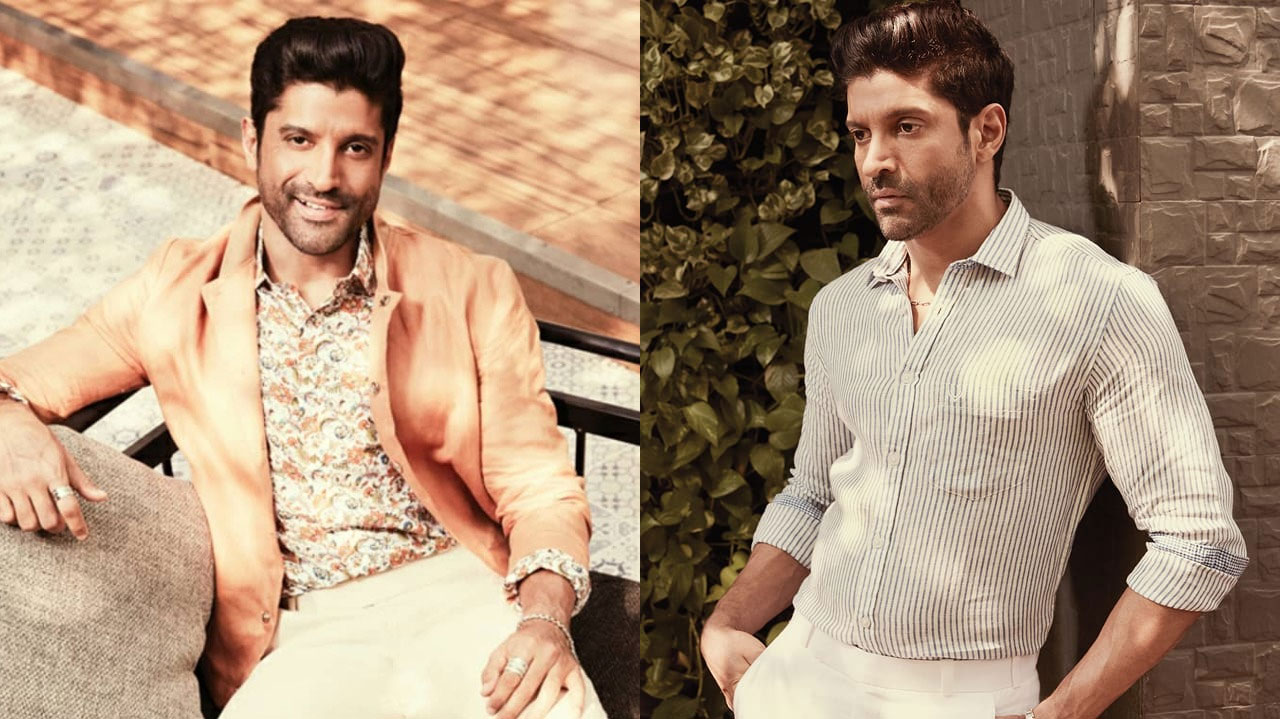 Multitalented Farhan Akhtar took to his social media and shared the pictures in which he undeniably looks classic as ever.

Wearing a Style statement jacket with a vibrant print shirt and linen trousers Farhan Akhtar looks charming. To accessorize the look is teamed with brown shoes and bracelet along with silver rings.

The next look is basic yet classic, Striped linen shirt and white linen trousers make Frahan look all the more appealing.

Farhan wears a Smart formal shirt and pure linen trousers in his next look which is jazzed up by a silver bracelet and rings.

Recently, Farhan was featured on the February feature of the the Man’s World Magazine. Looking at these Farhan can easily pull off any look with convenience.

Farhan Akhtar is currently in London to launch his debut album Echoes.

The actor is also prepping his recently announced sports drama ‘Toofan’.Farhan has been treating the fans as he shared the insights from his workout routine as the role demands a muscular physique, Farhan has been sweating it out in the gym pumping iron apart from also taking up boxing.

The actor will be next seen in “The Sky Is Pink’ co-starring Priyanka Chopra and starting the shoot of the recently announced film Toofan, in which he is essaying the role of a boxer and already started the prep for the role. He will also be presenting Ranveer Singh-Alia Bhatt starrer ‘Gully Boy.