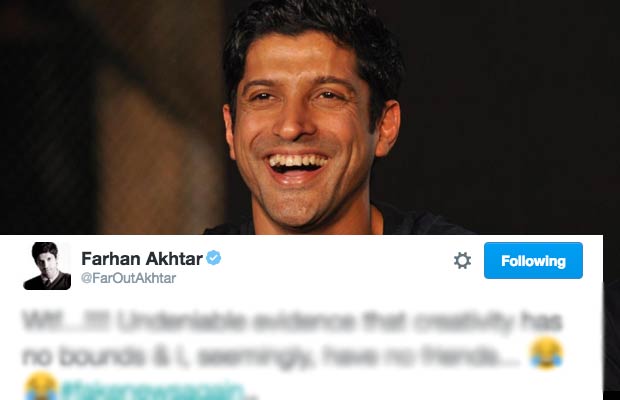 [tps_footer]In the age of social media and “super advanced brains” to think even that what is not happening, anything can get viral on this planet, especially in media. Celebrities worldwide face death hoaxes, fake news, wrong assumptions, annoying speculations and much more. And, they still stay focused on their careers. Who says being an artist is an easy job and only fun ??? Look at everything an artist goes through. That’s how limelight is, either you crave for it and once you get it, forget privacy. Something this sort of is happening with Rock On 2 star Farhan Akhtar.

We all are aware of the fact that Adhuna Bhambani and Farhan Akhtar headed for an amicable divorce and ended their 16 years of marriage. It’s been tough for both of them and their respective families. But, they are co-parenting their kids very well and have become friendly exes. A recent, media report even suggests that Farhan only goes to Adhuna’s salon to style himself and wants Adhuna to be part of his future projects, just like she did for the entire star cast of Zindagi Na Milegi Dobara, Luck By Chance, Rock On, Rock On 2 as well and much more.

It was reported earlier, Farhan Akhtar has moved out of the house where he was staying with Adhuna Bhambani and kids, earlier. And, currently, he has shifted to his sister, Zoya Akhtar’s house for few days. When these fake media reports started doing rounds in the online world, Farhan Akhtar maintained his cool on such a fake news and in return of this unreal piece of information, Farhan tweeted a message for all,

Wtf…!!!! Undeniable evidence that creativity has no bounds & I, seemingly, have no friends… #fakenewsagain.. pic.twitter.com/RnUdIyuliV 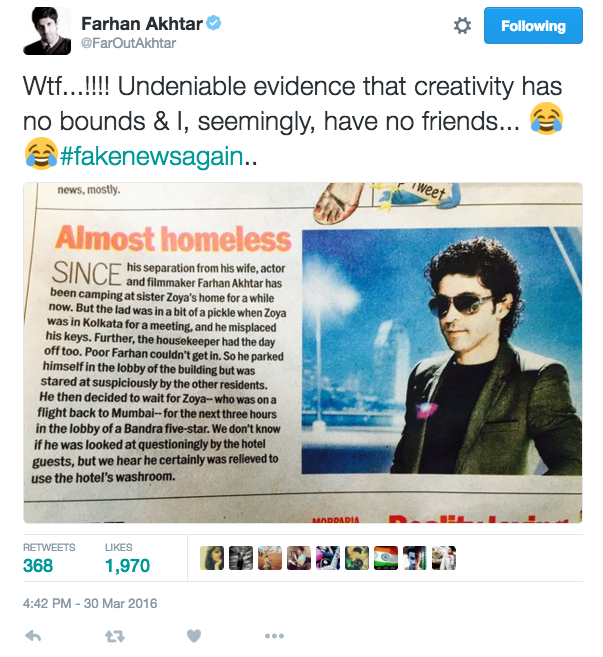