The divorce of Farhan Akhtar and Adhuna Bhabani literally shocked everyone. The two had been married for 16 years and have two daughters. Through a joint official statement they announced their separation to the world.

Adhuna turns 50 today and she wrote a very touching poem to express the thoughts and feelings she has and shared it on her Instagram profile. As much as the poem is a nice read, there is something that starkly stands out.

In the poem titled, ‘I just love’, there is a line which reads, ‘I just love that the father of my children is a good human being and that my new lover is a patient one…’ 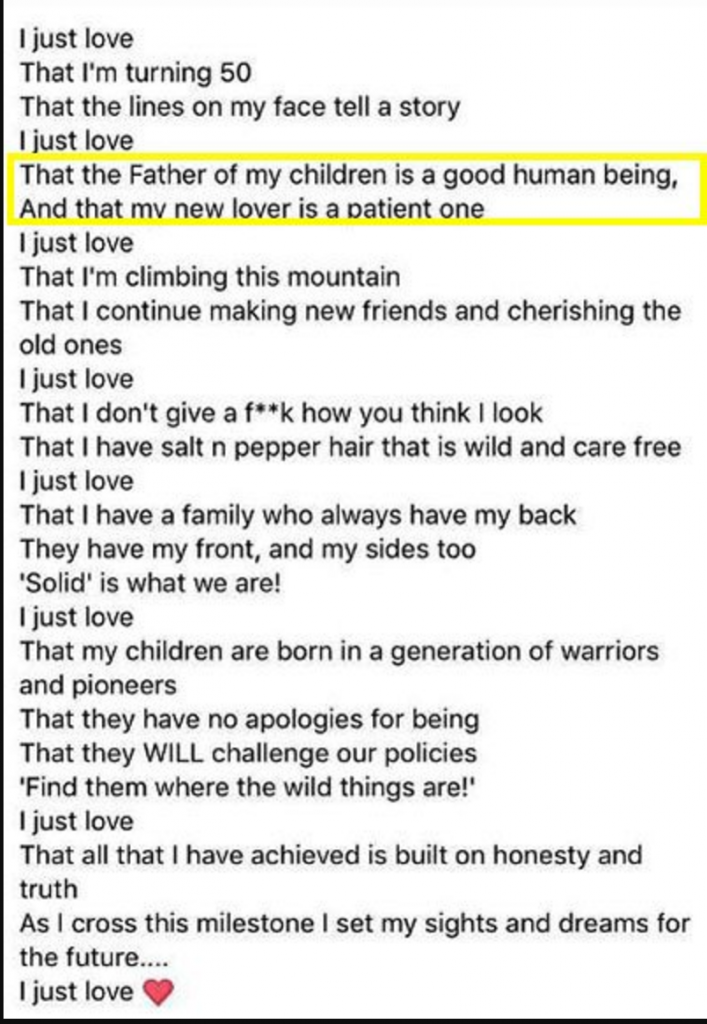 While it’s clear that the father of her children she speaks about is actor and producer, Farhan Akhtar. But who is this “new lover”? Doesn’t it make you wonder? Seems like Adhuna has found love again.

The couple who will be legally divorced in a few months seem extremely cordial with each other and know that their daughters are their priority. These two never let out what triggered the separation, not even to their lawyers and even their legal proceedings were conducted in the most dignified manner.

Read: You Won’t Believe What Happened When Farhan Akhtar Sat Down To Divorce Wife Adhuna

The couple met on the sets of Farhan’s directorial debut, ‘Dil Chahta Hai’. They have two daughters together, Shakya and Akira.

Ever since the announcement of their seperation, Farhan has been linked with several of his co-stars including Aditi Rao Hydari, with whom he was seen in ‘Wazir’; and Shraddha Kapoor, who starred alongside him in ‘Rock On 2’.