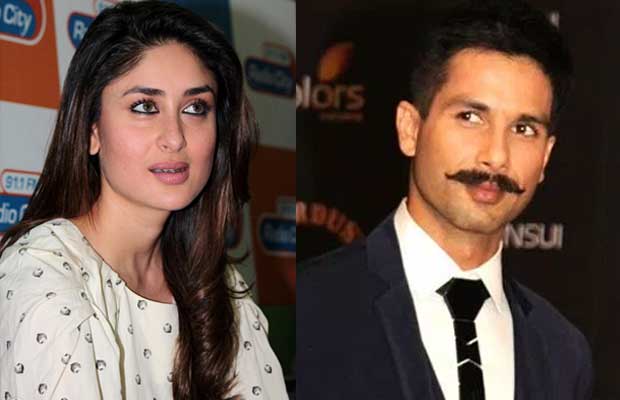 Well, ex-couples Shahid and Kareena who have moved on in their life will reunite once again after years. The two will be sharing the same platform at the trailer launch of their upcoming film Udta Punjab tomorrow. Well, director Abhishek Chaubey managed to bring together ex-flames Kareena and Shahid for the film after 8 long years and we hope the two will also attend trailer launch of the film together with no more awkwardness.

Recently, it was also reported that Kareena was the first one to know about Mira Rajput’s pregnancy. Reportedly, Sasha had informed his Rangoon co-star Saif Ali Khan about Mira‘s pregnancy and Saif, in turn, passed the news to his wife Kareena.

While wagging tongues had already begun on what would have been Kareena’s reaction on the same, reports suggest that the Ki and Ka actress was more than happy for the couple.

Talking about Udta Punjab, directed by Abhishek Chaubey, the thriller will be having a drug mafia, and the characters of the film will be revolving around the storyline of drug abuse amongst the youth. The movie features Kareena Kapoor, Diljit Dosanjh, Shahid Kapoor and Alia Bhatt in lead roles. The film is all set to release this year on June 17.[/tps_footer]