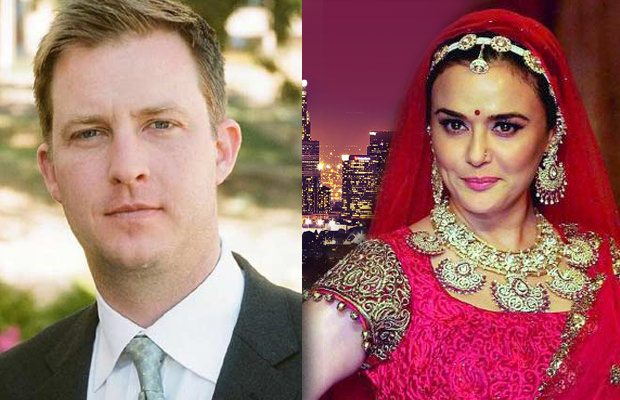 She announced, I was holding on the ” Miss Tag” rather seriously till now, until I met someone ” Goodenough” to give it up for ? So now I join the Married Club folks ❤?? Thank you all for your good wishes & for all your love? Love you all ❤ Ting ! ???? Let the Goodenough jokes begin ? 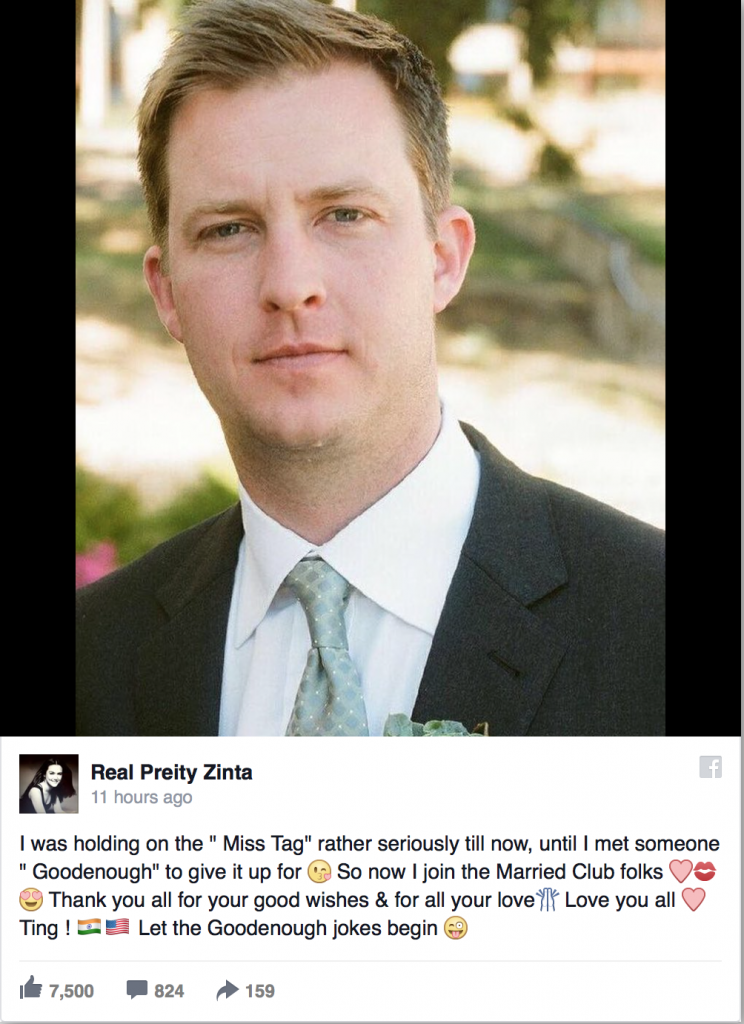 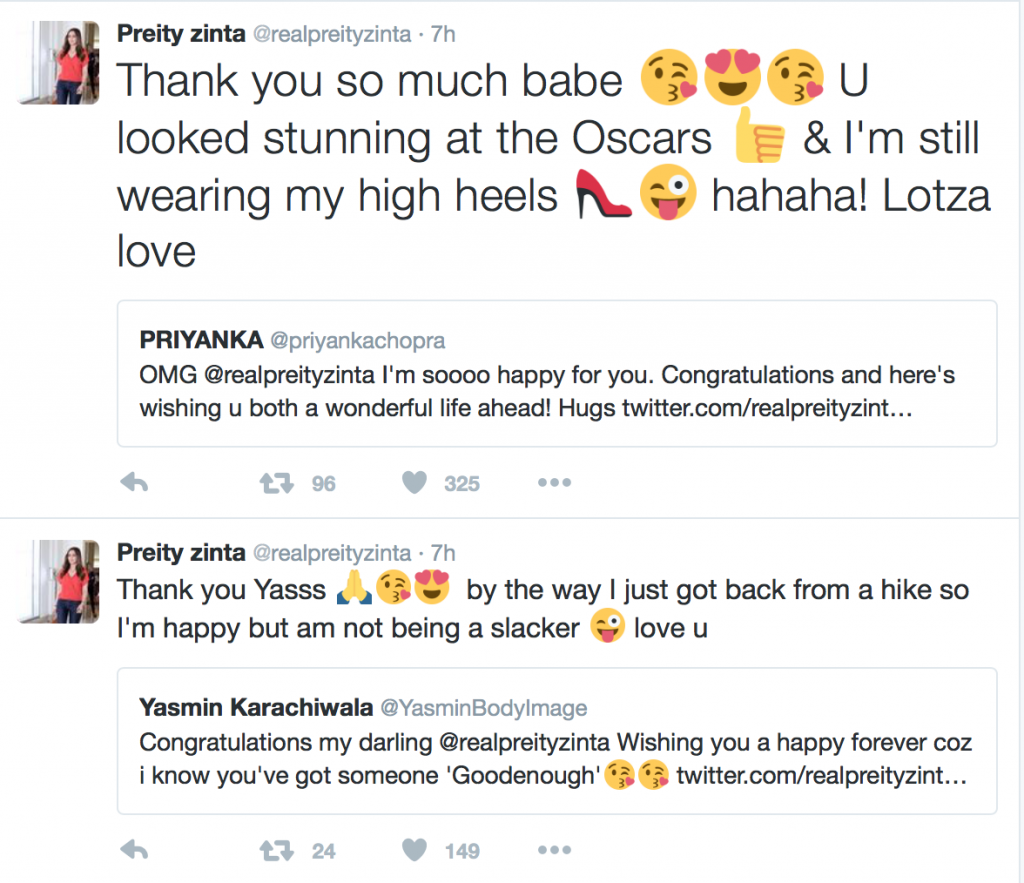 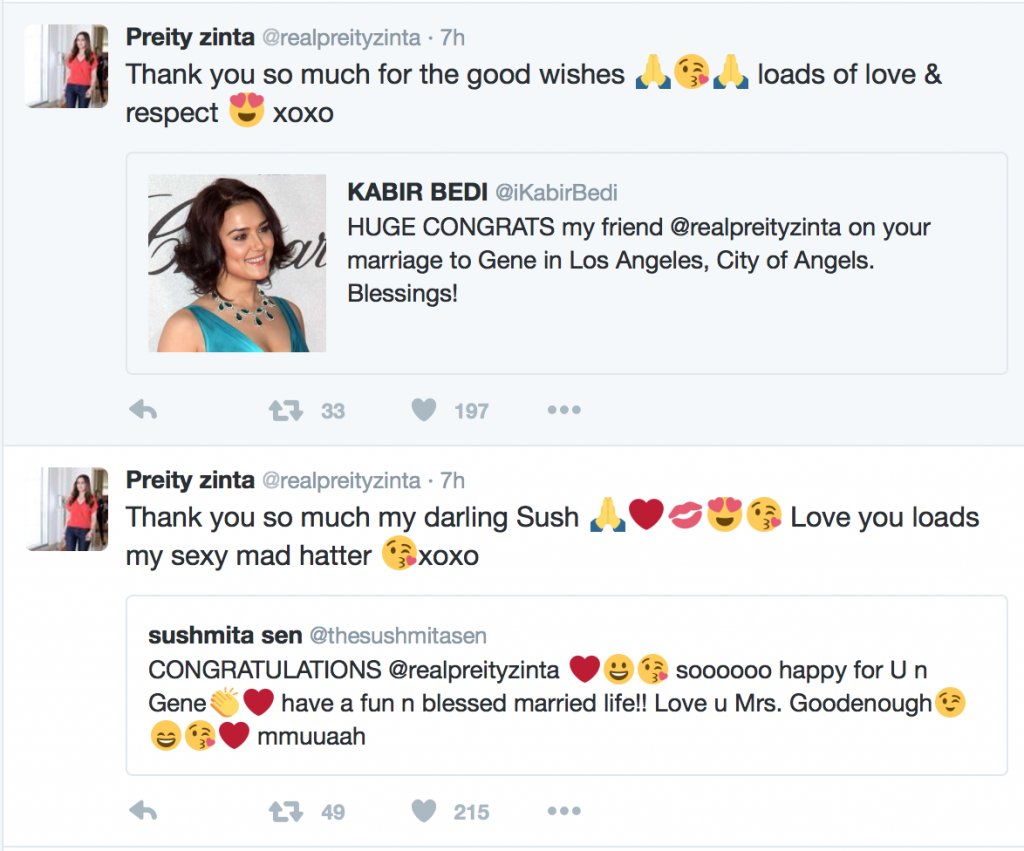 The grand wedding reception will be held in April where the dimpled actress will introduce her husband to the entire film fraternity. Salman Khan, Aamir Khan and Shah Rukh Khan who are close friends of Preity Zinta, are expected to unite to attend the wedding of their sweetheart friend. Among many also expected to attend the grand Rajput style reception are close friends Hrithik Roshan, Bobby Deol, Abhishek Bachchan, Aishwarya Rai Bachchan, Sussanne Khan and others.

Preity was earlier in a relationship with Ness Wadia, and have dated for almost five years. In 2014, the actress filed a police complaint him.

In case if you don’t know who is Gene Goodenough, the mystery man in Preity Zinta’s life is an American man, who lives in Los Angles and is a financial analyst there. He is posted as a Senior Vice President of Finance with an US-based hydroelectric power company called NLine Energy. Gene Goodenough has stood by Preity Zinta since years during her bad phase and well, rest is history.