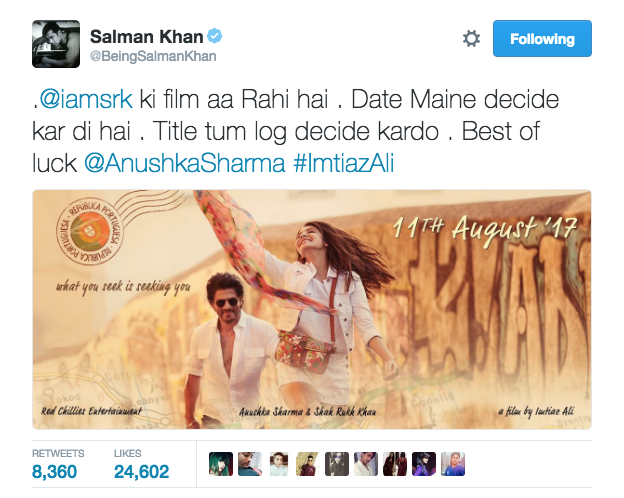 Well, their bonding is quite evident and in fact, recently only Salman and SRK partied all night at Galaxy apartment along with other close friends of Bollywood. The Karan Arjun of B-town are seen bonding like never before and with the latest updates about the two superstars, it is said that Salman and Shah Rukh Khan will host the Screen Awards together.

Reportedly, the duo will co-host the upcoming edition of the Star Screen awards on December 4. Also, lots of fun segments and acts have been lined up for the two that will leave the audience asking for more. Well, we can’t wait to see then together on the stage as the hosts!