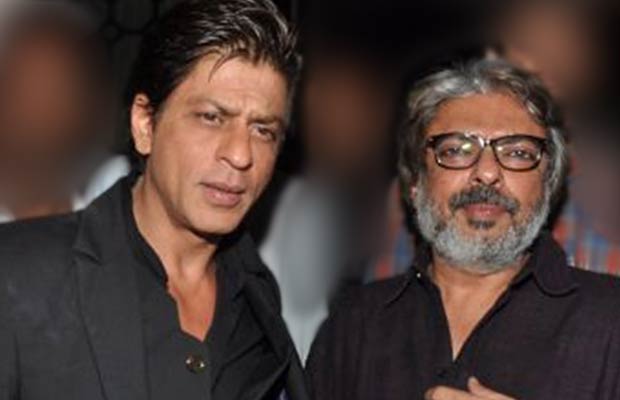 [tps_footer]Shah Rukh Khan and Sanjay Leela Bhansali had a massive tiff after ‘Devdas’. The two highly talented artists had fallout due to creative differences and since then have been on a war. The two celebs were loggerheads with each other many a times when their respective films clashed at the box office. With ‘Om Shanti Om’ and ‘Saawariya’ releasing on the same date the two yet again were on opposite sides.

Further, after the massive box office clash, Shah Rukh Khan, and Sanjay Leela Bhansali also fought the box office battle with ‘Dilwale’ and ‘Bajirao Mastani’. Reports evidently suggested that the two are not in good terms with each other and the battle has been on for a decade now.

It was quite obvious that King Khan would not join hands with Bhansali given the obvious reasons. But seems like, the tinsel town is on a patch-up spree. After mending differences with Salman Khan and Aamir Khan, Shah Rukh Khan has also forwarded a hand of friendship to SLB. The celebrated director who gave the massive hit ‘Bajirao Mastani’ is now ready to team up with SRK after 13 long years.

Sanjay Leela Bhansali is on cloud nine with his film ‘Bajirao Mastani’ winning National Awards accolades. The filmmaker hosted a bash for celebrating the same and also hinted at working with King Khan. The director stated, “Shah Rukh is a dear friend, I love him immensely. We had no films coming on the same Friday and there was no mud slinging. We had a great time.”

The Dilwale actor also grooved with SLB at the bash and everyone was shocked at this sudden stint.  The Ram Leela director also spoke of his upcoming projects stating, “There are two scripts I’m yet to decide on which one to start work on. But yes I will make a decision soon.”

Well, the onlookers confirmed that the two talent bundles were engrossed in an intense discussion. We can surely not wait to witness this massive team up!