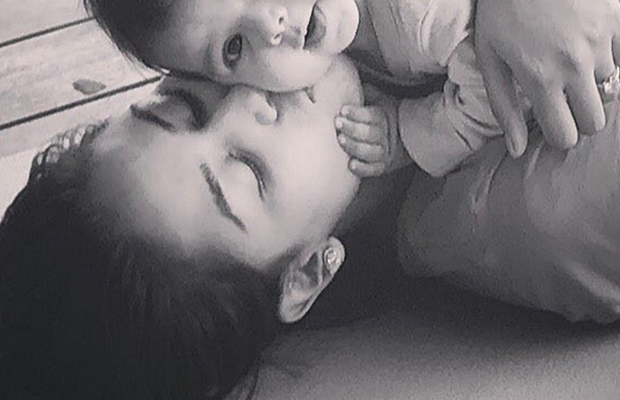 Shahid Kapoor has posted an adorable picture of baby Misha with wife Mira.

There is no doubt that Shahid Kapoor is one of the most doting daddies of Bollywood. The newly-turned father has always been protective of his little daughter Misha and keeps her safe from being clicked by the paparazzi whenever he steps out. Well, it’s been nearly six months and Sasha has yet not revealed a clear photo of his daughter. His fans have been eagerly waiting to catch the glimpse of the little Misha but it seems, the actor was waiting for the right time.

Well, finally after a much wait, Shahid Kapoor has revealed the first clear picture of Baby Misha with Mira Rajput. He shared the photo with a caption, “Hello world.” Misha looks totally adorable and chubby and we just can’t move our eyes from her. 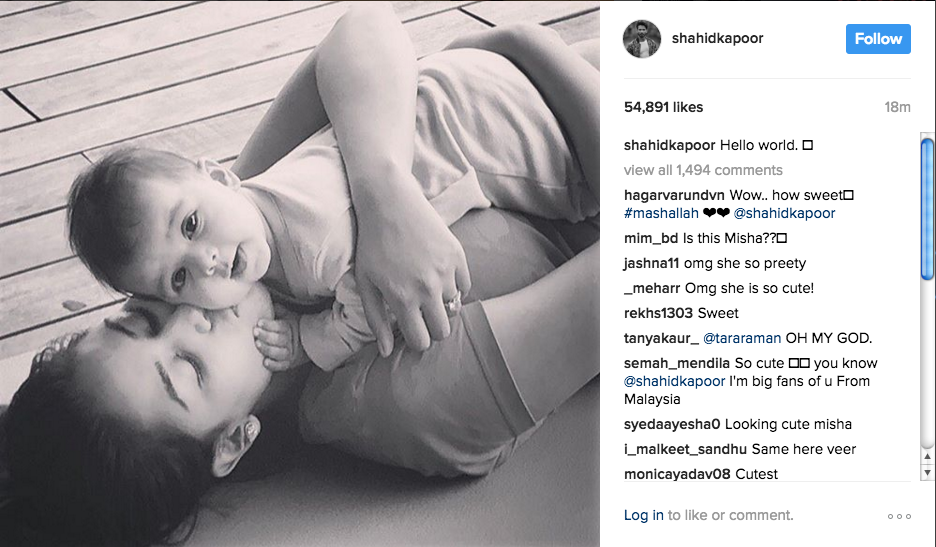 Just a day ago, Shahid Kapoor said that he will share his daughter’s photo on a special day or might be on his birthday. “I will share her picture soon, maybe this month. I am waiting for a special day. Maybe on my birthday,” Shahid told reporters at the press conference.

Well, this is surely the photo of the day!

On the work front, Shahid Kapoor has geared up for the release of Vishal Bhardwaj‘s ‘Rangoon‘ that also stars Kangana Ranaut and Saif Ali Khan in the lead roles. The actor has also started working for his next, Padmavati.