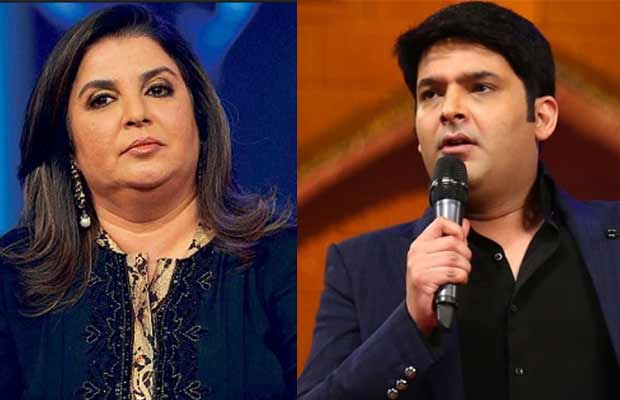 The star comedian Kapil Sharma does not seem to be having a good time these days. His problems are just piling one upon the other as his recent release Firangi has not performed very well at the box-office. And on the top of that his director-choreographer friend Farah Khan is also angry with him.

It was at the time of the film’s screening that Farah had expressed her displeasure. According to her Kapil should have at least made a call, rather than just sending a Whatsapp invite.

She had even taken to Twitter calling him ‘mannerless’. Read here:Here’s Why Farah Khan Called Firangi Star Kapil Sharma Mannerless!

And now the comedian has reacted on Farah’s remark. SKJ Bollywood News has quoted him saying, ”We had a show on Thursday. In whatever way I thought correct I had invited all my friends from the film industry.”

Rajiev Dhingra, the director of Firangi seems to be very upset with whatever has been happening with his actor-comedian friend. He said, ”I don’t understand this negativity surrounding Kapil. Why is he being treated like this? Could it be he has offended important people by just being who he is? Even the reviews for Firangi are pretty harsh. I don’t think we deserve such condemnation.”

It was also very recent that Kapil failed to turn up at a media event. Even though he had signed a contract and had also shot for the promos!

Talking about Kapil Sharma’s film Firangi, it has managed to collect around Rs 8 crores at the box-office.