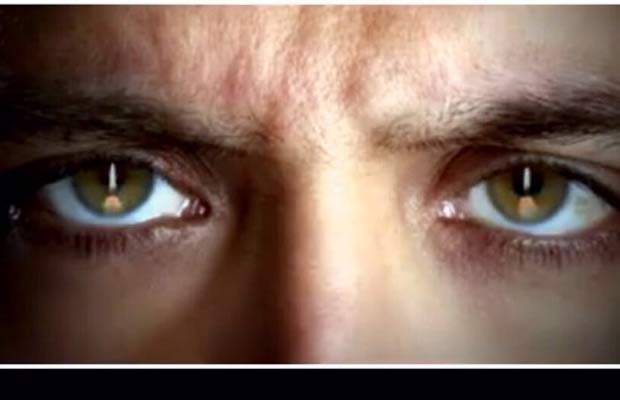 [tps_footer]Bollywood actor Hrithik Roshan has been in the news for quite some time for all the reasons that he wished he wasn’t a part of. The ‘Bang Bang’ actor is currently in a legal battle with reigning Queen of Bollywood Kangana Ranaut over their alleged past relationship. The much publicized legal controversy is the talk of the nation but this isn’t about it.

Amid fighting the legal battle, Hrithik is currently working on two projects- ‘Mohenjo Daro’ and ‘Kaabil’. While both the films are on the filming stage right now, fans can rejoice as the first teaser of the ‘Kaabil’ released today. On Wednesday, Hrithik unveiled the first teaser for his upcoming film. The actor shared the teaser on his official Facebook page with a quote, “Blinded by a million eyes watching me …when in fact I am the observer, I am the watcher. The minds eye sees all. #KAABIL.”

From what we can see in the first look, Hrithik will be portraying a character of a blind person who sees the world through his mind’s eyes. He looks pretty intense as the quote in the teaser says, “The mind sees all”.  It is reported that Hrithik has started his preparation for the film and will be meeting blind people and observe them so that he could do justice to his character. He will interact with people to get a deeper perspective on his character.

Produced by father Rakesh Roshan and directed by Sanjay Gupta, the film also stars Yami Gautam as she is opposite Hrithik for the very first time. The film will hit the theaters on Republic Day, 26th January 2017.

Here is the teaser!
[/tps_footer]