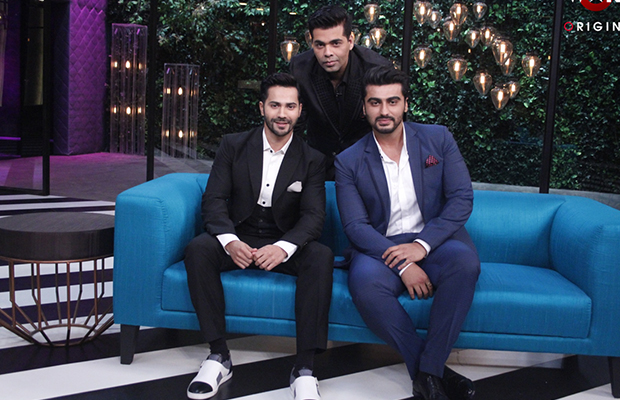 Tonight Koffee with Karan was a laughter riot as the two rising stars and bachchas of Bollywood, Varun Dhawan and Arjun Kapoor set the Koffee couch on fire with their hilarious antics in the third episode of the show that aired on Star World.

The two boys were exactly how one can expect childhood friends to be when around each other – candid, open, no-holds-barred-funny and refreshingly honest. They spoke about everything under the sun – from their childhood escapades to their days in acting school to the ups and downs in their friendship that has stayed strong through the course of their busy careers.

If you have missed tonight’s episode, worry not because we have the top five best moments lined up just for you. You can also catch up on all the fun in the repeat telecast of Koffee with Karan Season 5 on Star World and Star World HD, weekdays at 1 PM and Monday – Saturday at 7 PM.