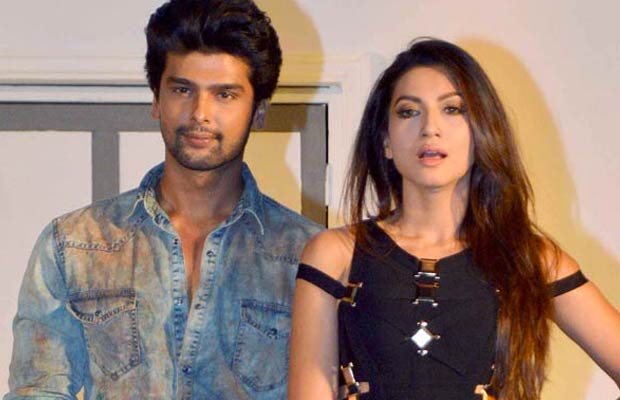 [tps_footer]Gauahar Khan and Kushal Tandon who were inseparable in the past are now at loggerheads. The two celebrities mingled with each other on Bigg Boss and soon also got committed. However, their relationship did not last long and ended on a sour note. Recently, Gauahar and Kushal shocked everyone with their war of words.

The two stars blamed each other by all means and also made sarcastic comments about each other on social networking sites. Their behaviour was looked down by the fans too. Their public spat started when Kushal in an interview stated that he is not even friends with Gauahar anymore and does not even want to be her friend.

The stated comment irked Gauahar Khan and she then replied on Snapchat saying, “It is so disappointing to read that some people need your name to make headlines even in their work articles. Get over it. There are two golden words that people can use ‘No Comments’. You don’t need to answer everything that the journalist ask.”

The war did not end there and Kushal Tandon tweeted, “Really ur “name” huh there is a reason an ex is called an ex Coz it’s n example of wat you shouldn’t ve again in the future..#bubble burst.”

Well, after the long argument Gauahar has now made a surprising comment about her relationship with Kushal. The starlet has termed the relationship as an amazing one saying, “have always been dignified and have known where to draw the line. It was an amazing one-and-a-half-year of relationship with him and there is no bitterness from my side. First of all, I never mentioned his name, the media made those assumptions. If you are quoting me in connection with someone else, it’s your onus and not mine. There are two golden words called ‘no comments’ and I use them very well. So, no comments. I wish everyone, who has been a part of my journey, well.”

Gauahar Khan commented on her marriage plans and said, “I have been single since two years. I would have loved to be married a few years ago, but I don’t know if it’s going to happen anytime soon. I hear of so many separations of late. Actually, it’s just about meeting the right person.”

The celebrity will soon be seen in the film ‘Fever’.