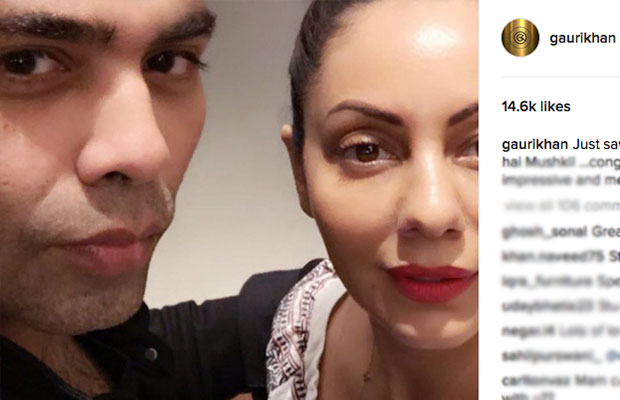 We just can’t wait for October to arrive and you would love to know why! The month is set to witness the biggest Bollywood clash of the year with two much-awaited productions releasing together. Ajay Devgn’s much-anticipated movie, Shivaay will be clashing with Dharma Production’s humongous project, Ae Dil hai Mushkil.

The latter, helmed by Karan Johar, has the crème de la crème of Bollywood as its cast. The ensemble comprises of Aishwarya Rai Bachchan, Ranbir Kapoor, Fawad Khan and Anushka Sharma. The two films are expected to fare really well at the box office and that’s making us all the more excited!

We have seen many pictures and stills from Shivaay already. However, Karan has decided to not unwrap Ae Dil so soon. We already are anticipating much about the movie, but guess will have to wait a bit longer. However, there is one lucky person who got the chance to witness the teaser of the movie before all of us, and it’s none other than one of the director’s closest friend, Gauri Khan.

Gauri Khan recently saw the trailer and seems like she already has become a huge fan of it! She couldn’t stop herself from proclaiming it and shared a picture of her and Karan on Facebook appreciating the director. This is what her post reads, 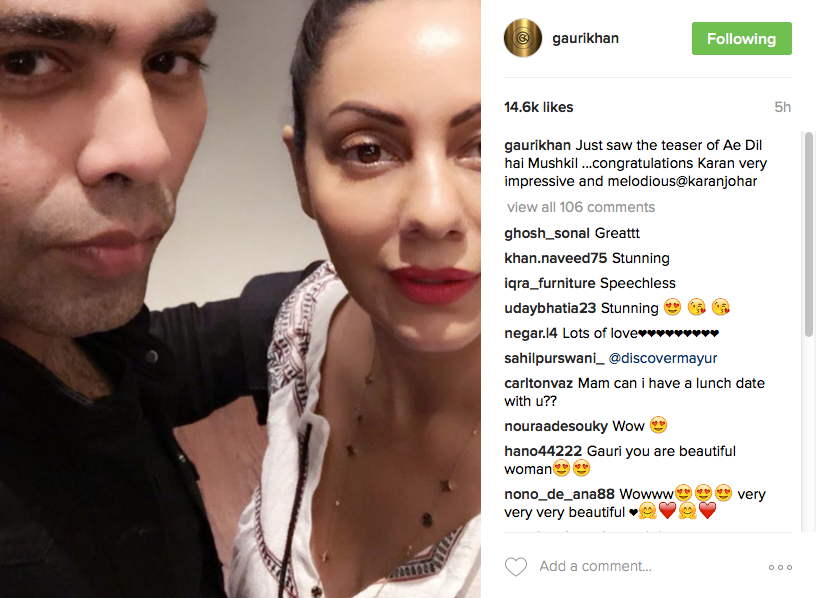 “Just saw the teaser of Ae Dil hai Mushkil …congratulations Karan very impressive and melodious@karanjohar”
However, we are not sure if it’s just Gauri Khan or even Karan’s best friend Shah Rukh has watched the film or not.

Talking about the clash, the movies are not going to rival each other in October for the first time! Shivaay and Ae Dil already have had a clash earlier with respect to having their teasers launched with Salman Khan’s Sultan releasing this Eid. The films, although having different story lines and meant for completely different types of audiences are still at loggerheads due to their release date being the same.

The altercation hasn’t even spared Ajay’s wife Kajol, who also is Karan Johar’s close friend and confidant. The actress is apparently no more in good terms with the director.

Well, we really want the two to get over their differences ASAP. After all, who would like to not have another romantic flick of Kajol directed by Karan?