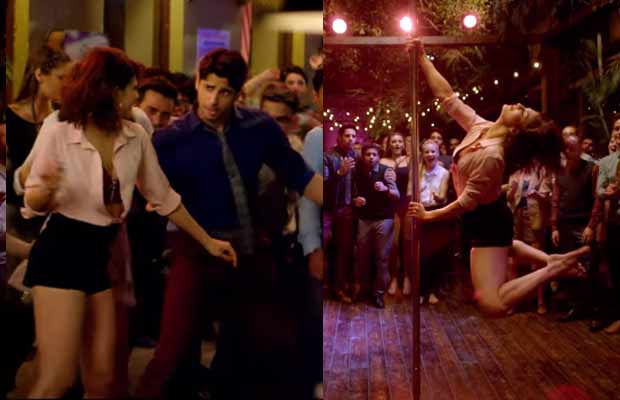 The third song from Sidharth Malhotra- Jacqueline Fernandez’ ‘A Gentleman: Sundar Susheel Risky’ titled ‘Chandralekha’ is out and it is a cool office party song.

Jacqueline Fernandez undoubtedly stole the show with her sizzling hot moves, as she could be seen doing a pole dance. The song is a karaoke song with quirky lyrics and peppy tunes. Sung by Vishal Dadlani and Jonitha Gandhi, ‘Chandralekha’ is penned by Vayu and composed by the Fantastic duo Sachin-Jigar.

‘Chandralekha’ makes you envious of your job and makes you desire one like Gaurav and Kavya. The funky song brightens up your mood with its video. The video forms a visual treat with the handsome hunk showcasing his dance steps and the gorgeous and hot Jacqueline’s sizzling moves.

Sidharth Malhotra and Jacqueline Fernandez are one of the hottest couples in Bollywood. ‘Chandralekha’ is the testimony of their breathtakingly sizzling chemistry. The duo is receiving immense love for their chemistry. ‘Chandralekha’ sees the actors having a blast enjoying the party which is nowhere formal. Set in the backdrop of a club.