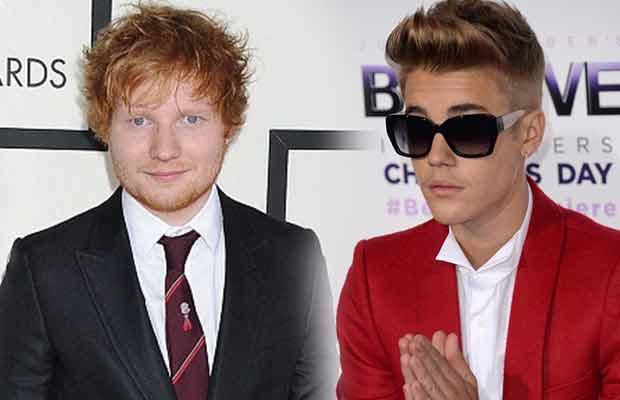 The British singer Ed Sheeran’s first album + released in 2011 and while it got much appreciation, it was his second album x that made him a global icon. And if you are a fan, we can assure that you are in the best news of your life.

After countless covers of what seems to be the anthem of 2017, Shape of You, fans will now be able to watch Ed Sheeran live in India. That’s right. This is not a drill. Ed Sheeran will be coming to India in November as part of the Asia leg of his World Tour, with his recent album Divide.

Here’s a screenshot of Ed Sheeran’s official website, where it has been announced that on November 19, 2017, Ed Sheeran will be performing in Mumbai. 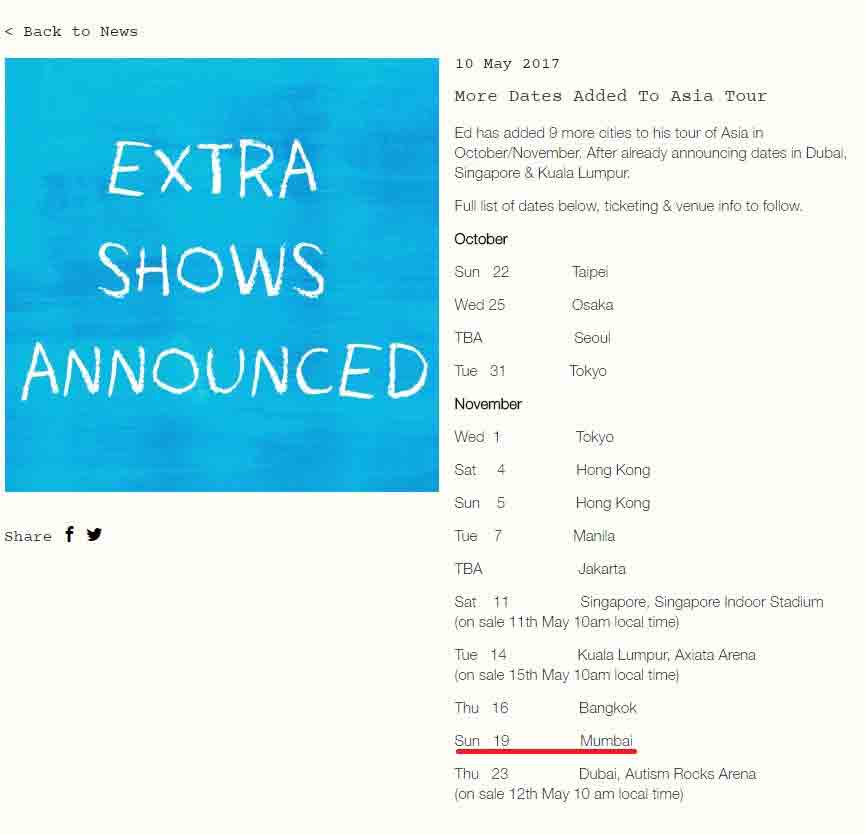 News of Ed Sheeran coming to India broke on the same day as Justin Bieber’s Purpose Tour concert. As of now,  there is no information about where to buy tickets and the venue of the concert but looks like Mumbai has won the venue battle over NCR and Bangalore.

A divide is Sheeran’s third and most successful album, after Plus (released in 2011) and Multiply (released in 2014). He said in an Instagram announcement that he wants to see the world through his eyes and not through a screen.

Since then, Shape of You and Castle on the Hill have been the two leading singles of the album, with ‘Shape of You’ breaking records world over, as it has topped billboard charts in 30 countries.

Meanwhile, Sheeran has also been confirmed for a guest cameo in HBO’s Game of Thrones. The news was announced in March at The South By Southwest (SXSW) conference and Festival by Game of Thrones showrunners David Benioff and D.B.

No other details on Sheeran’s character or storyline were revealed, but when reaching out to channel HBO for further clarification, a spokesperson for the network did confirm he’ll be guest-starring, simply saying: “He has a role. No more details.”

So summing up to that you’ll be seeing a lot of Sheeran (we’re not complaining) in the next few months. In 2015, when Ed had come to India for the first time, he was apparently very impressed with the Indian culture. In an interview with Ellen DeGeneres, right after the gig here, the star singer talked about learning Bollywood moves, how he loved eating curry and complimented Indians for aging well.