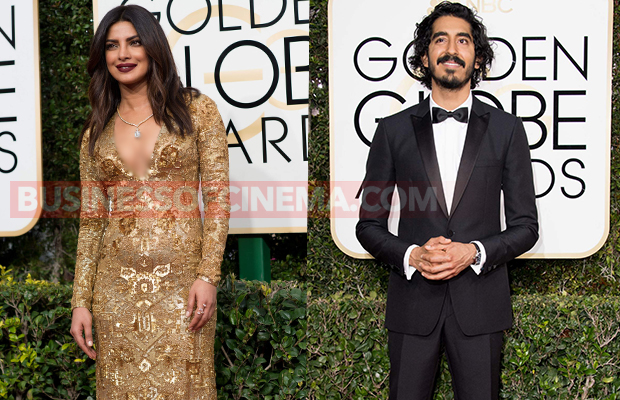 There is no doubt that our desi girl Priyanka Chopra is one of the most successful and finest actresses of Bollywood in the recent times. The actress is not successful only in India but also internationally too. The actress attended her first Golden Globe Awards on Sunday and we just can’t move our eyes off from her glamorous red carpet look.

Priyanka Chopra picked a Ralph Lauren sequined gown with a plunging neckline and oxblood lips. The gorgeous finished out her look with a stunning diamond neck piece. Piggy Chops has raised the bar of fashion every time when she walked the red carpet for the international events. The Quantico actress is a fashion star but this time, the look wasn’t the best compared to her past red carpet looks like one Zuhair Murad white dress at Oscars 2016 or the red one for Emmy’s. However, her big appearance for the grand night grabbed all the eyeballs on the glittering gold!

Here’s the full list of the movies and TV shows that received the top awards.