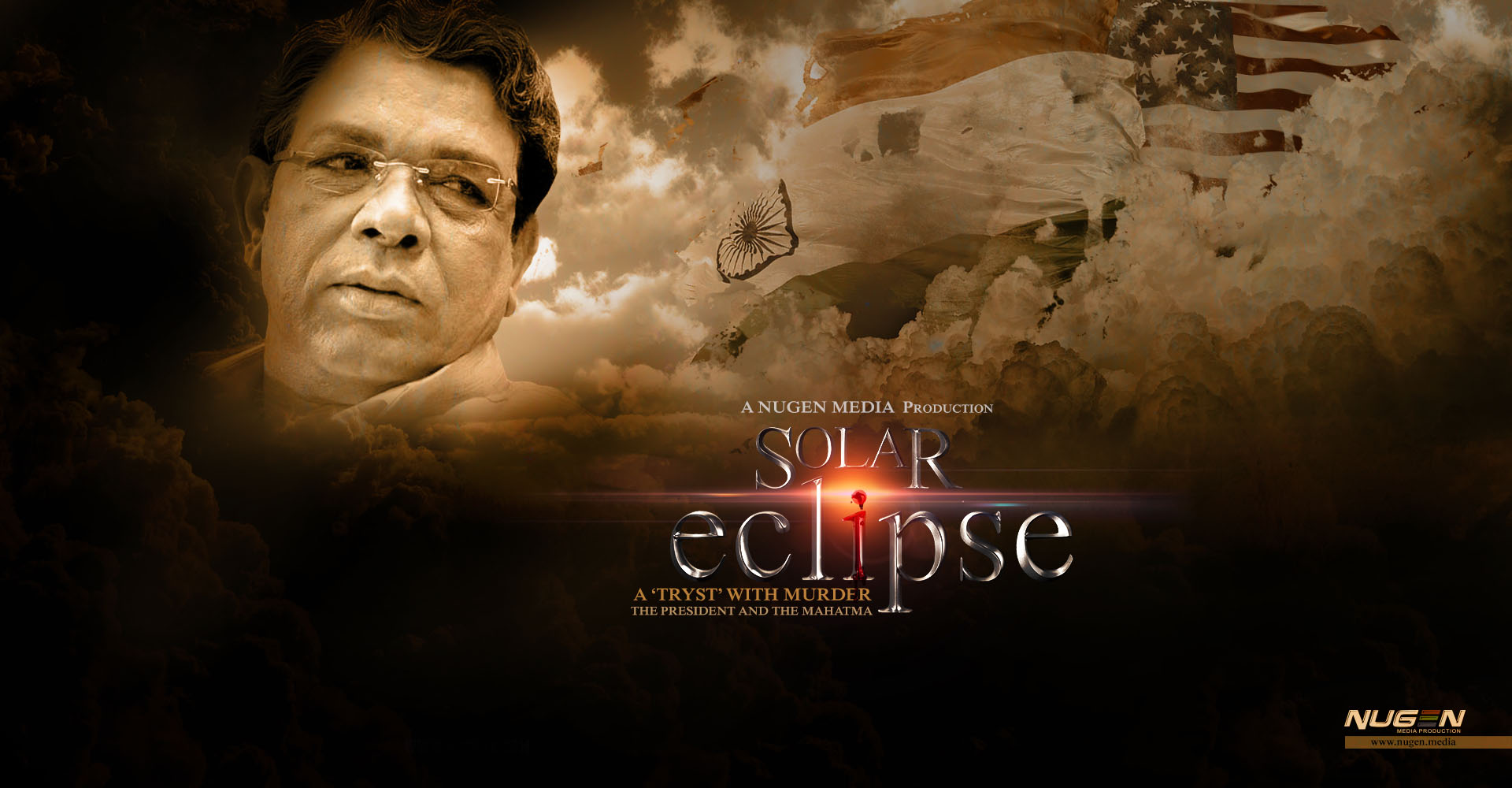 Solar Eclipse is a film that celebrates democracy. Movie is an action packed drama that focuses on the lives of the three police officers, who well aware that Mahatma Gandhi’s life is at risk, must act according to what they believe is their responsibility and/or is best for their country. Will saving the Mahatma save the country? Based on the movements and activities of the then Director of Intelligence Bureau (D.I.B.), the then Deputy Inspector General (D.I.G.), Central Investigation Department (C.I.D.) – Poona (Now Pune) and the then Deputy Commissioner of Police (D.C.P.) – Bombay, this is the writers take on why they did what they did, with the eye of the cinema.

The story is a conspiracy theory, blended with fiction where facts are not available, but based on a solid fact that police was well aware of the plot to assassinate Mahatma Gandhi in 1948, as stated by Judge Atmacharan, the special judge appointed for the ‘Mahatma Gandhi assassination case’. This fact was later verified and confirmed by the Kapur commission, that sat and announced it’s findings in 1967, a whopping 19 years after the tragedy.

He is doing a movie on Anna Hazare which is currently untitled and is being directed by Shashank Udapurkar . Project Marathvada is another movie which I am doing that deals with farmer suicide case and is a very meaning full movie is directed by Bhavin Mehta and features Om Puri in the lead role and I play the villain in it. HE has signed a new movie Hollywood and bollywood joint production which would have actors from both the industry while it is based on the last part of independence struggle and is directed by Karim Kedar in which he will play the role of Morarji Desai. He is also doing a movie titled as Amrapali in which he will play a loving father of the titular character which also stars Jimmy shergil, Ashutosh Rana and Vinod Khanna and is directed by Atul Garg. And the movie highlights more about Gautam Buddha which is played by Vinod Khanna.
He recently completed a film titled as Dussera which is based on political backdrop of Bihar where he essayed as villain whereas movie is directed by Manish Vatsalya. Then there is another movie called JD which is directed by Shilendra Pandey, is based on the life of an Indian journalist, also features Amar Singh and Justice Karode, who are acting in this movie.
Chapeker brothers is another movie where he is playing a role of Bal Gnagadhar Tilak and filming of this movie has wrapped up, which is directed by Devendra Pandey. I am amazed to eassying role of Bal Gangadhar Tilak.