With Mubarakan releasing 28th July, 2017, the makers are to host the largest Sangeet ceremony ever. It would be the first time such an event would be hosted.

Mubarakan which is a big fat Indian wedding takes place on 28th July, 2017 is set to bring reality close by hosting a Sangeet ceremony.

One of its kind Bollywood events would have the entire cast welcoming the audience to experience what a Grand Sangeet ceremony looks like.

The Red Carpet is spread for the guests to experience the grand welcome. The beautiful flowers that are decorated around the grand entrance add up to the Indian feel of the “Sangeet Ceremony.”

We have reports of Arjun Kapoor, Anil Kapoor, Athiya Shetty, Ileana D’Cruz dressed and prepared for the traditional “Indian Sangeet”. They will take over the stage and perform live for the audience. While Arjun plays a double role as Charanveer Sigh and Karanveer Singh we hope to see double dhamaka on stage.

While the star cast sets the stage, the melody for the ceremony will be set by the super hit music composer Armaan Malik and Amaal Malik. It is also rumoured that Mika Singh may also join the ceremony to pump up the celebrations at Mubarakan Sangeet Night.

The big chandeliers, the colourful and flowers with lights decorated all around the stage create the perfect vibe and aura for the “Great Mubarkan Sangeet Night”. 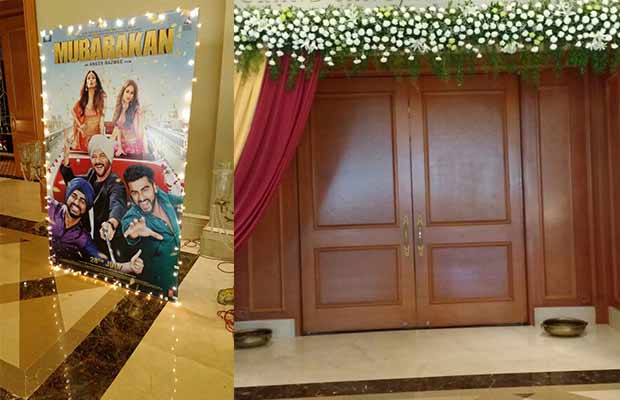 We have news of “Mehndi Girls” specially invited for the girls in the audience.

The team has set a selfie point for the audience to enjoy their photo sessions. A big red sedan car decorated with flowers all over and in the backdrop, “Mubarakan” poster invites you to be a part of the Mubarakan.

The food menu has a spread of various Indian delicacies which is surely gonna be a sinful delight for all the guests.

Anees Bazmee’s directorial venture ‘Mubarakan’ revolves around a Big fat Indian wedding and the confusion that surrounds it. 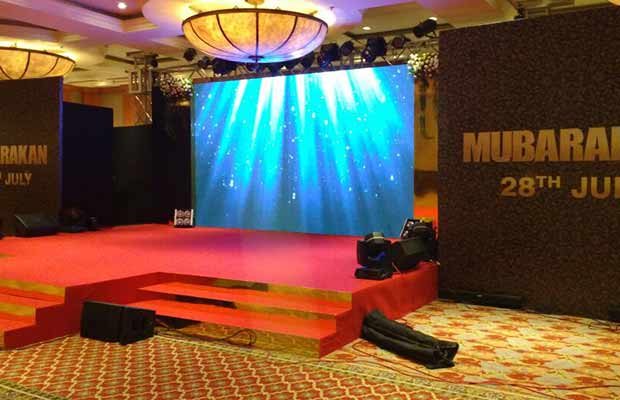 Arjun Kapoor would be seen in a double role, one of Karan and the other of Charan along with his real-life chacha Anil Kapoor as Kartar Singh.

The Sangeet will just give us the glimpse of the grandeur of the wedding that would take place at theaters on 28th of July. 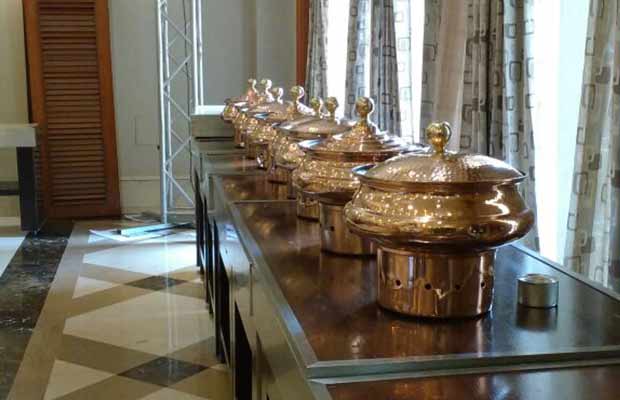 The trailer of the film has left audiences to laugh in splits with the catchy punch lines! The songs ‘Mubarakan’, ‘Hawa Hawa’ and ‘Goggle song’ have been receiving a huge response, increasing the anticipation for the film. With an event as such, the excitement is just bound to double.