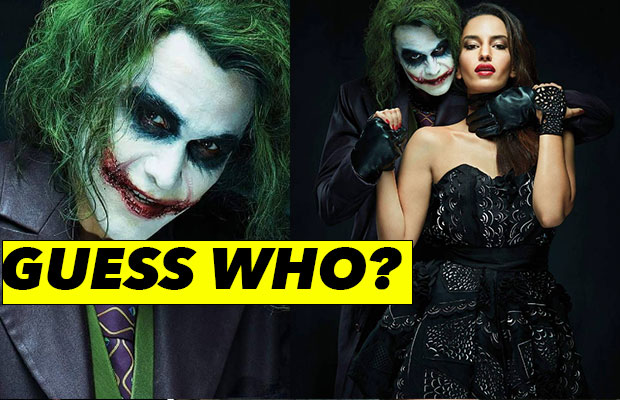 Emraan Hashmi is no doubt one of the amazing actors in the industry today. The actor was recently seen in the avatar of a villain. It seems that Halloween came very early for the Azhar actor. However, the actor is not playing a villain in his next film. But Hashmi’s latest photoshoot with an entertainment magazine has been breaking the internet where he is seen personifying the role of a villain. Let us tell you that he posed for the cover of the latest issue of FHM magazine paying tribute to the iconic super villains- The Joker, Hannibal Lecter, Walter White aka Heisenberg and Aro.

In the photoshoot, Emraan is seen with the model Elena Roxana Maria Fernandes and we need to say that he has completely mastered the looks. The make-up, the costumes are on point and Emraan Hashmi’s expressions and the set design looks very similar to the original one.

In one picture, Emraan is seen as the invincible drug lord Walter White from Breaking Bad. And we need to say that the look and the set design has been minutely observed and looks very identical. 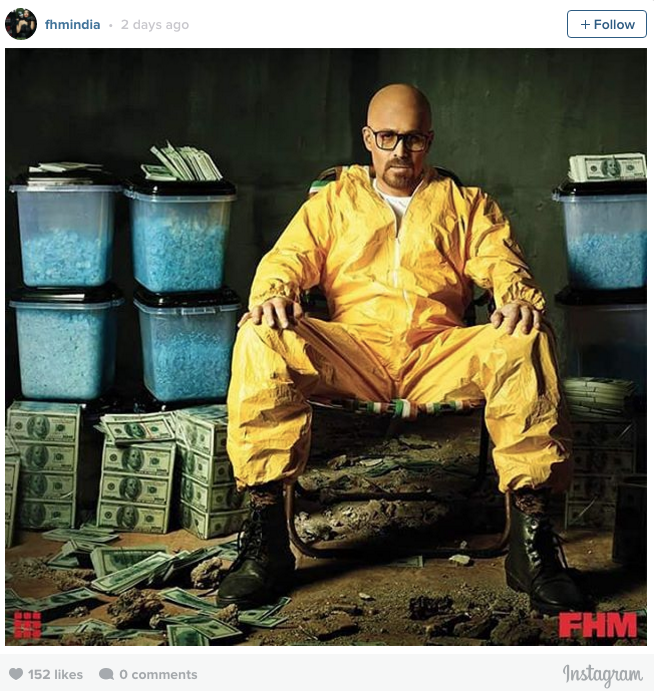 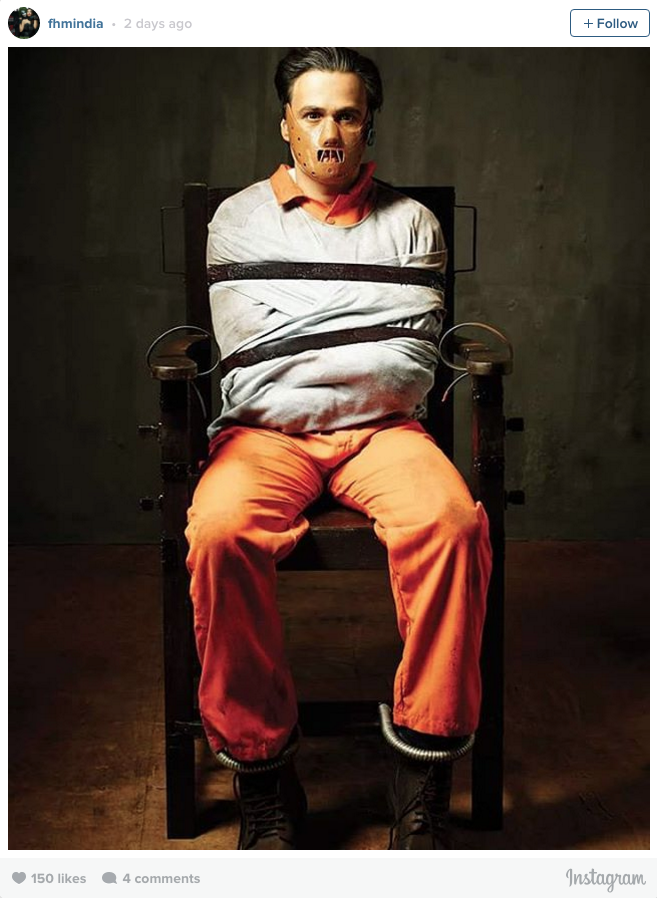 In another picture, he is seen portraying the look of Hannibal Lecter from The Silence of the Lambs. 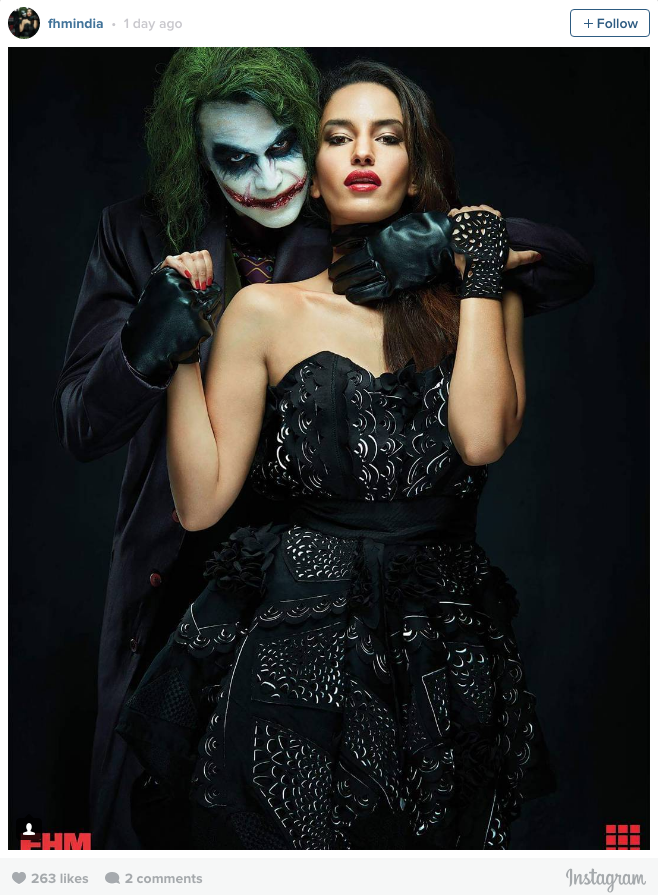 The actor perfectly fit in the shoes of The Joker as well and resembled like Heath Ledger’s famous portrayal. The Jannat actor totally nailed it and has pulled the popular ‘Why so serious’ scene in his own way. 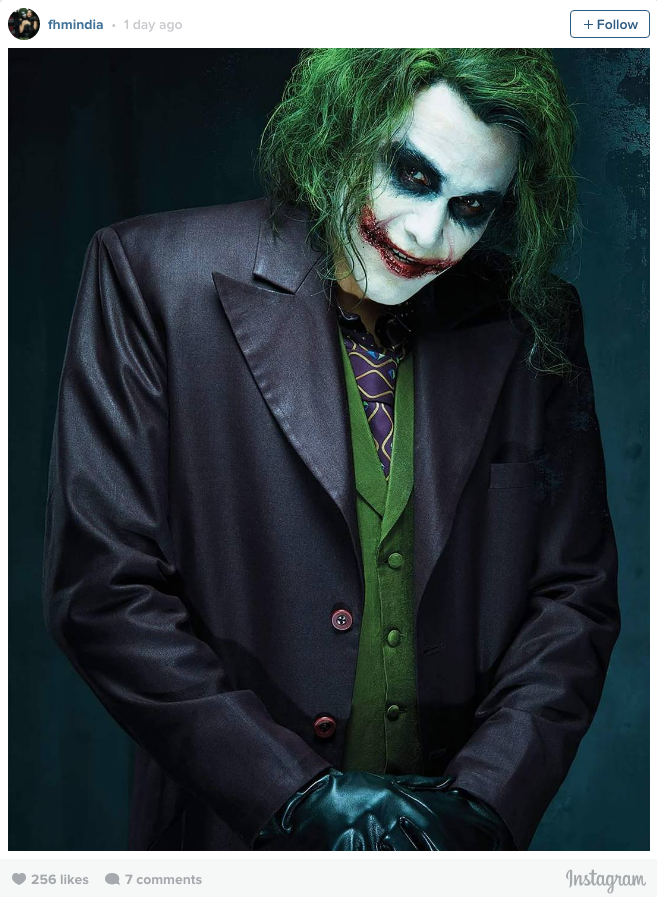 Last but not the least, the actor also dressed as Aro, the evil vampire from the Twilight series. 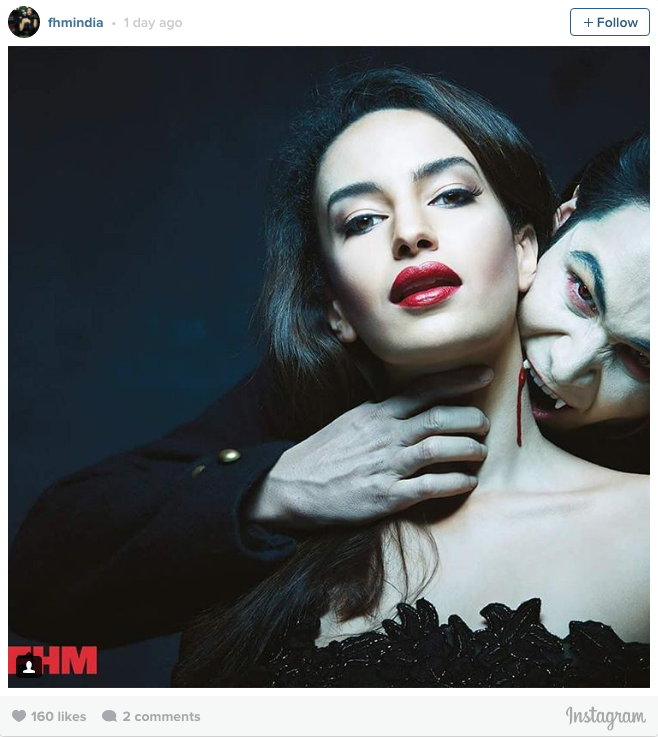 The photoshoot looks really amazing and Emraan has portrayed the role of each villain very perfectly.

On the work front, Emraan Hashmi was last seen in the horror film Raaz Reboot. He will be next seen in Baadshaho and Captain Nawab. Both the films are slated for a 2017 release.