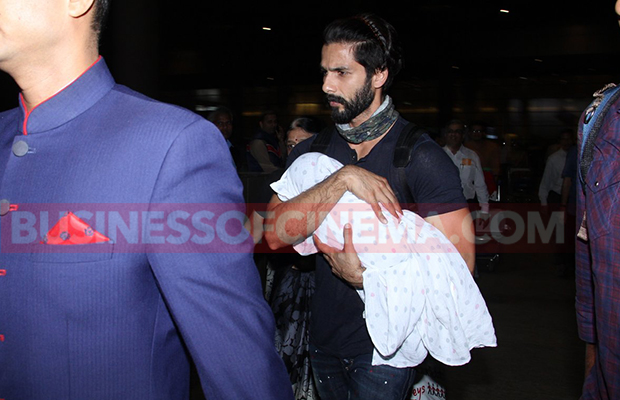 After three months of paternity break, Shahid Kapoor is back to work, back on sets. The new father kicked off work on his upcoming film Sanjay Leela Bhansali’s magnum opus period-drama Padmavati on November 24 at Mehboob studio. He joined his co-star Deepika Padukone for the ghoomar song.

As his lucky charm, none other than little princess Misha escorted daddy Shahid Kapoor to the sets of Padmavati.

“Deepika and Sanjay were excited to meet little Misha. They shot for the ghoomar song in which Deepika will be seen performing for the Maharaja. It is an important sequence in the story. Daddy Shahid was overwhelmed when the unit clapped and cheered for him after the first shot,” informs a source from the set, adding that the Udta Punjab actor looked regal in character.

“A war sequence will be shot in Rajasthan for which recce will begin by mid-December,” the source concluded.