We all are aware of the infamous mid-air physical brawl between Kapil Sharma and his ‘The Kapil Sharma Show’ co-star, Sunil Grover.

It’s been alleged that Sunil Grover, Chandan Prabhakar and Ali Asgar have quit the show. The only crew who continues shooting with Kapil are Kiku Sharda, Rochelle Rao and Sumona Chakraverti.

For a recent episode of TKSS, Kapil invited senior comedians and his co-contestants from Great Indian Laughter Challenge (Season 1) – Raju Srivastav, Ehsaan Qureshi and Sunil Pal on the show.

From Navjot Singh Sidhu to Raju Srivastav, all have been giving their views and are trying to patch Kapil and Sunil. 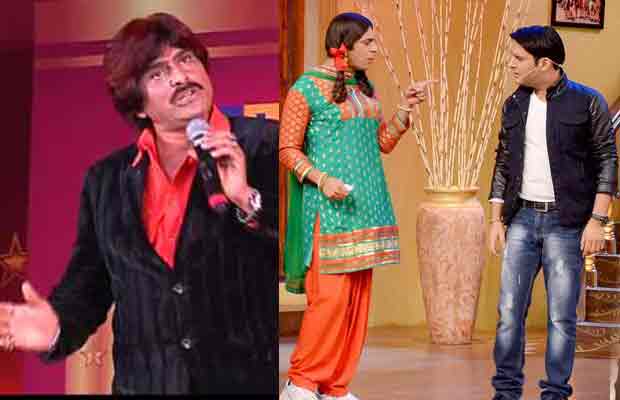 Now the latest one to join the bandwagon is Ahsaan Qureshi. Ahsaan was the runner up of The Great Indian Laughter Challenge season one.

In an interview with Indian Express, Ahsaan Qureshi called Sunil Grover a spineless and ‘nautanki’ for maintaining his silence on the whole issue. He said, “If you don’t have the guts to speak because you think he won’t take you again, then that means he is your God. Then leave this nautanki. You are just keeping quiet, he will cajole you and you will be back on the show. Grow a spine. Being a comedian is different but being human is also important.

He dented his image last time when he came back to him. What if Sunil’s show had worked and Kapil’s had flopped, would he have come? He came after he flopped. So, he is also selfish. He is not a saint. Why can’t you face the media and speak the truth? He just wrote a short message on Twitter. That’s it. He should speak more. But then I think, he will be back.”

Ahsaan further blamed Sunil Grover for whatever he went through and not Kapil Sharma, he said, “But this fight can’t be taken seriously because a similar fight happened earlier too. Sunil went and started his own show. It flopped and he was back on Comedy Nights with Kapil. If you were so firm on your stand, then why did you come back? Right now also, people are missing him but he should honour his word. People told us you don’t go on his show, I say I never begged Kapil to give me work. If you want to call us, it’s okay otherwise we have a lot of fans. And finally, he called us. Toh yeh hoti hai baat. He was insulted earlier too, but he forgave him and hence encouraged him.”

In the end Ahsaan also advised Kapil Sharma for his drinking habits, he said, “He should not drink. It’s not healthy. He is a sensible man. Also, Kapil and Sunil form a great pair on screen. Sunil is very important for the show, so he should be back on the show. Kapil should understand that he should not insult his team members. This should end.”

Let’s see if Ahsaan Qureshi can change Sunil Grover’s mind who doesn’t seem in a forgiving state of mind this time!