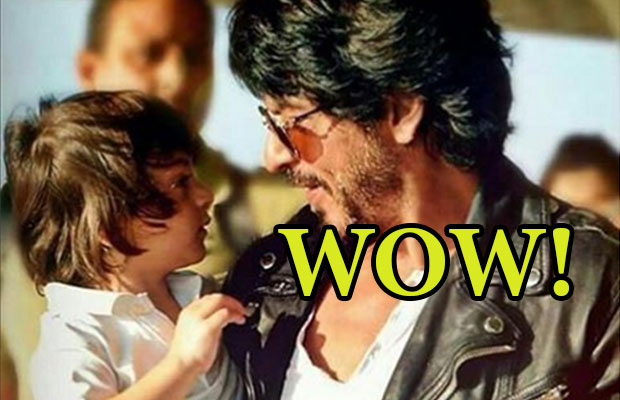 [tps_footer]Bollywood’s Badshah Shah Rukh Khan is not just known as a King Of Romance or the second richest actor on the planet but his love towards his children Aryan Khan, Suhana Khan, and youngest knight AbRam Khan always makes the headlines and has made him a super sweet and caring superstar daddy of the B-Town. SRK knows how to deal with his older kids Aryan Khan who is 18 now and Suhana who is 16, but he can’t stop becoming a child again and again when he is around AbRam Khan. The cute chemistry between the father-son duo is just amazing and so sweet to watch. In a recent interview, Shah Rukh has revealed how much he loves to spend time with his kids and enjoy their company more than anything else.

In fact, Shah Rukh Khan likes to be at home, lying down on a couch with some chips, soft drinks and just watch TV with his kids especially with AbRam, SRK has watched animated movies like Minions and Nemo several times and Nemo is the most watched movie by father-son duo and Shah Rukh revealed that he has been continuously watching the movie Nemo for more than 13 times back to back just because AbRam is glued to it and SRK can’t help it but watch the same movie again and again. Aww! That’s just so cute and loving. Although Shah Rukh is taking some time off from work because of his knee injury and he is resting well at home along with his kids, but SRK surely knows how to deal with injury and pain with a smile.

Due to injuries, Shah Rukh shot action scenes of his upcoming movie in a haste and later he has to reshoot them to get a better result but now the release date of Raees is pushed ahead for the next year avoiding clashes with Sultan, Shivaay, and more. But now, it’s said Hrithik Roshan and Yami Gautam‘s Kaabil and Shah Rukh Khan‘s Raees will release on January 26, 2017. Are you excited to watch both the movies?[/tps_footer]