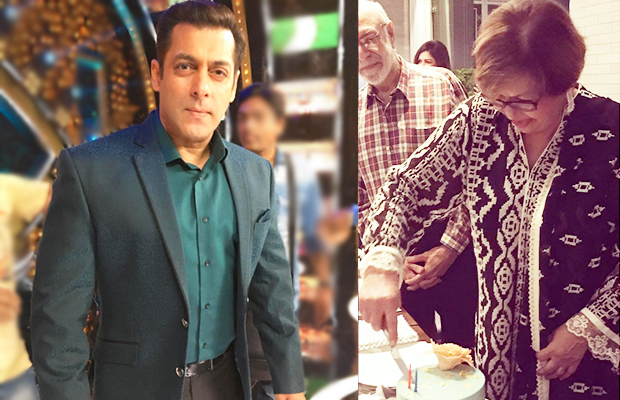 For Helen‘s 78th birthday on November 21, Salman Khan gifted his step mother a fancy pair of wheels. A popular actor and dancer of the 70s, Helen, a diva and a style icon in her time, is the second wife of Salim Khan.

The entire Khandan made sure the former dancing queen had a memorable birthday. They organized Helen‘s birthday at his house at Galaxy apartments, Mumbai. The party saw in attendance popular Bollywood names including Sridevi, daughter Jhanvi Kapoor, Boney Kapoor, Preity Zinta and others.

Helen has officially retired from movies in 1983. But even after that she has made cameo appearance in movies like Khamoshi: The Musical (1996) and Mohabbatein (2000). She also made a special appearance as the mother of real-life step-son Salman Khan‘s character in Hum Dil De Chuke Sanam.

Also Watch Video: After Iulia Vantur, Is Salman Khan In Love With This Actress