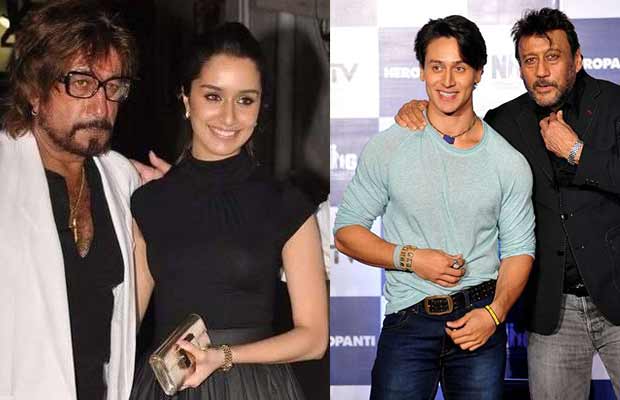 [tps_footer]Both the proud daddies of Bollywood Shakti Kapoor and Jackie Shroff have big plans for Shraddha Kapoor and Tiger Shroff. It was during the time of shoots of Baaghi and later at its promotional events that both Tiger Shroff and Shraddha Kapoor opened up about their likeness and childhood crushes over each other. Tiger even confessed that he felt weird kissing Shraddha Kapoor although we didn’t really feel that Shraddha or Tiger felt anything weird or uncomfortable. The lip-lock in Baaghi was so hot and an unforgettable scene from Baaghi has rocked the box office with crores of collections and critical acclaim too.

Yes, Baaghi is a massive hit of the year 2016 which has been so full of breakups, divorces, suicide cases, and much more. But, other than box office success, their parents want to get together for a special event, no Tiger and Shraddha are not getting engaged after that sizzling chemistry they have shown in Baaghi. In fact, both Shakti and Jackie are planning together to give a small success party to their successful star kids who have proved their metal in the Film Industry and have made their parents so proud. Nothing can be compared to kids happiness and success that’s what is keeping Shakti and Jackie so happy that they just want to celebrate their kid’s success in every way.

Baaghi has done a business of more than 70 crores in just 10 days and still going strong so Tiger, Shraddha, and all their close ones should get together to have a big success party. They deserve it after giving such a brilliant performance in Baaghi and all their respective movies so far. We wish Tiger Shroff and Shraddha Kapoor a lot of success and new projects.[/tps_footer]