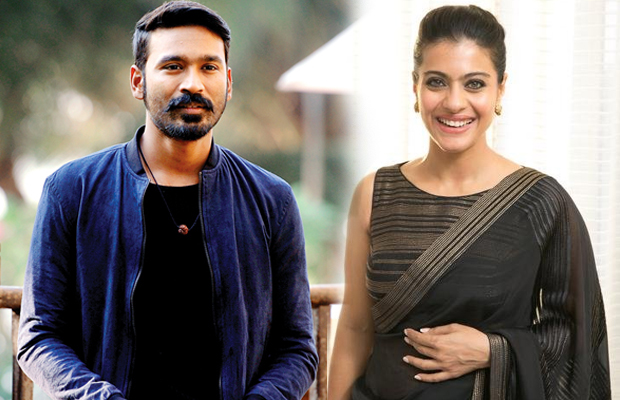 If rumours are to be believed, soon we will be seeing the comeback of Bollywood superstar, Kajol. Unfortunately, not in a Bollywood movie, but in a Tamil movie opposite Dhanush.

If thing fall in place, Kajol will be seen working in Tamil film after almost 2 decades. Last she was seen in Minsara Kanavu with Arvind Swamy and Prabhu Deva that became a box office hit in 1997. The makers of the film have approached Kajol to play an important role in the Kolaveri star’s film. Interestingly, Kajol, who was last seen in Dilwale, has given a positive nod for the film.

Soundarya Rajinikanth, Dhanush’s sister-in-law, will helm the project which is the sequel of Velaiilla Pattadhari, titled as Velaiyilla Pattathari 2 (VIP 2). VIP 2 is to be produced by Dhanush under his home banner of WunderBar Films, in association with Kalaippuli S Thanu’s V Creations. With the dialogues written by Dhanush himself, the film is expected to take off next year.

It is also reported that DDLJ star also been offered a whopping sum of about Rs. 4 crore to be a part of this film.

However exciting the news is, there is no official confirmation either from Kajol or the makers of the film.