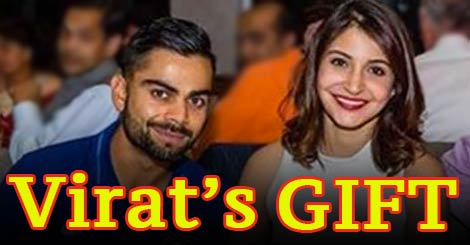 The Sultan actress used to attend every match for Virat and the two were also spotted hanging out. Well, after the bliss there was a pause on their happy relationship when the two celebs unfollowed each other on social networking sites. It was assumed that they have broken up. Lately, Kohli impressed all when he slammed everyone for trolling Anushka. The star cricketer proved that he still has the same respect for the actress even after parting.

Well, we have some very good news for all the people who want to see these talent bundles together. After unfollowing each other on Twitter and Instagram, Virat is now again following Anushka on both the sites. Seems like this was his birthday gift for Anushka Sharma, who celebrated her birthday yesterday.

We cannot help but assume that the two are thinking of getting back together again. Recently, Virat and Anushka were also spotted on a dinner date wherein the gorgeous actress was dressed to the brim. Seems like, the two are on a road to reconcile![/tps_footer]