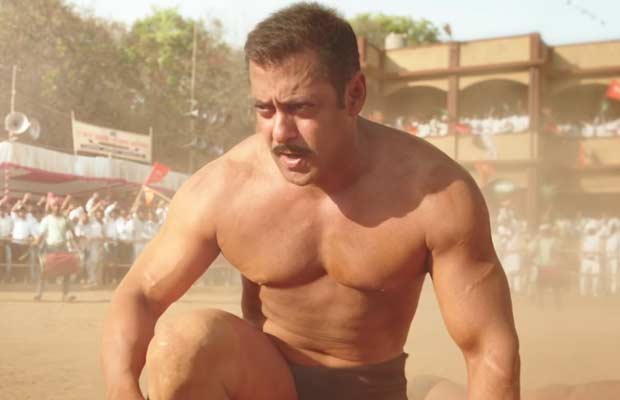 Salman Khan is all geared up for the release of his much ambitious project Sultan co-starring actress Anushka Sharma this Eid. The actor took various health risks to go through some of the finest physical transformations for the film. In an interview with Filmfare, director Ali Abbas revealed how Salman pulled off the physical efforts.

He said, “One point of time he fluctuates between 78 kg and 82 kg then he goes to 90 kg and then he goes to almost gaining 100 kg. The credible thing about it is that Salman Khan did it while shooting the film. I had a big action team from LA who knew what they were doing because the film also has mix martial arts. Salman had to be a certain size for that. We all sat together and we decided that what we will do is we will first shoot all the parts where he’s fit and bulky. As the film will progress we will come to his leaner part. If you have witnessed the last season of Bigg Boss last year you will see how bulked up he was. That was the time when we’re shooting his heavier part. Then we took a break around his birthday. I told him that when we will come back, we will shoot your completely out of shape part. We took a break of 25 days.”

Adding to it, the director said, “Salman loves food, so he started eating a lot. He was eating three Magnum ice-creams in a day and he gained almost 100 kg and then I was ready to shoot his unfit scenes. Salman is like bible of body building and he knows exactly what to do. There were days when he was frustrated looking at himself and saying baad mein agar weight nahin kum hua to kya hoga? But he managed. He did it without giving anyone problem.”