Someone hacked into Boney Kapoor’s account and asked for this.

Now a days anyone and every one are on social media. But it has it’s own share of advantages and disadvantages. Many have also got victimised. The latest victim is none other than film maker Boney Kapoor.

Recently, it was discovered that Boney Kapoor, whose Twitter account was last used by him on 20 September 2015, suddenly became active and the user under the name of ‘Boney Kapoor’ started asking for money in the name of ‘Lucknow Show funds’.

Also Read: Boney Kapoor Speaks Up On Employing Pakistani Artists In His Film Mom With Sridevi!

The person wrote to people from the media, made small talk with them and then asked them for a favour. He asked them to transfer 10,000 and 5,000 into his PayTM account, and when asked what this was for, he said “for Lucknow show funds”. Some of them even asked who you are. The hacker even wrote he is Boney Kapoor. 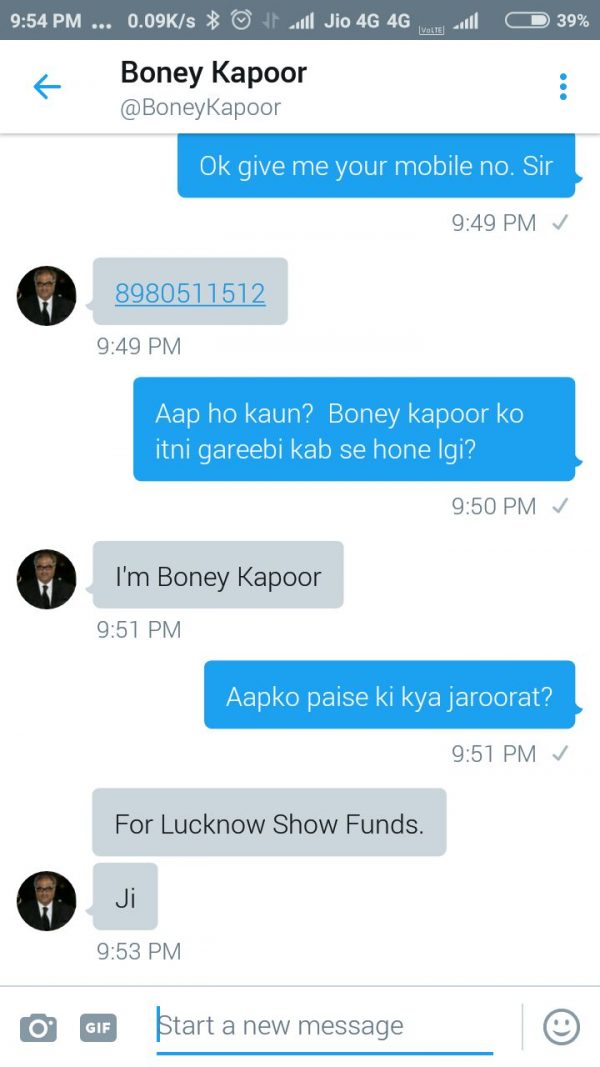 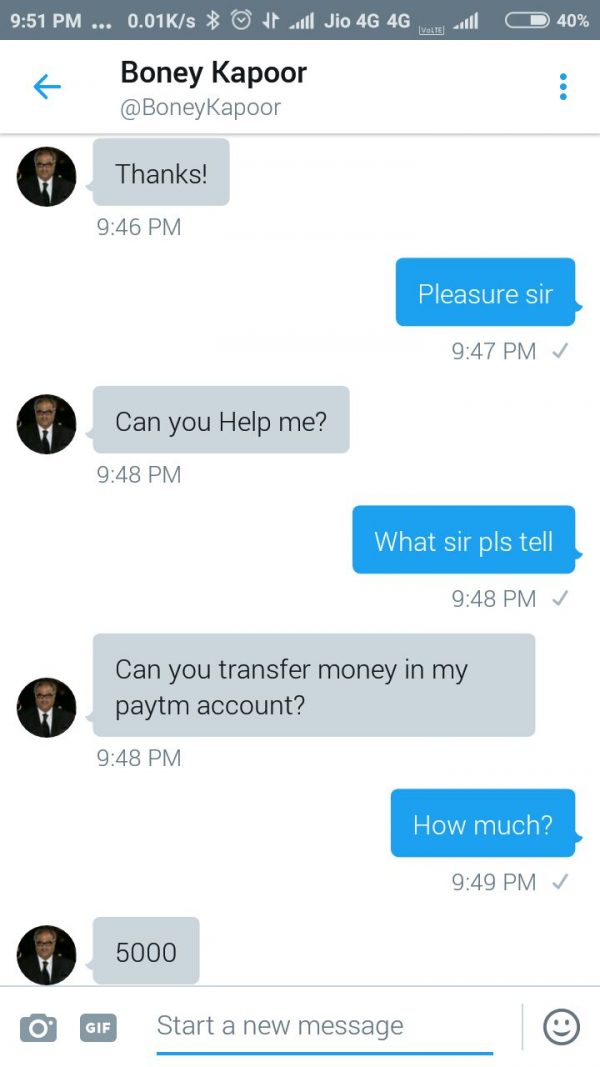 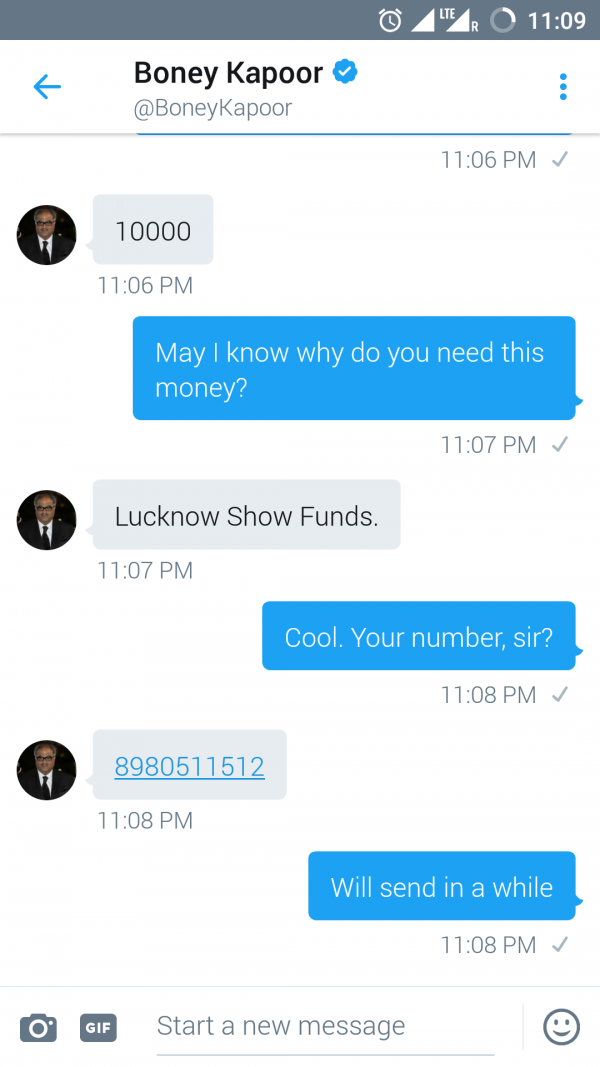 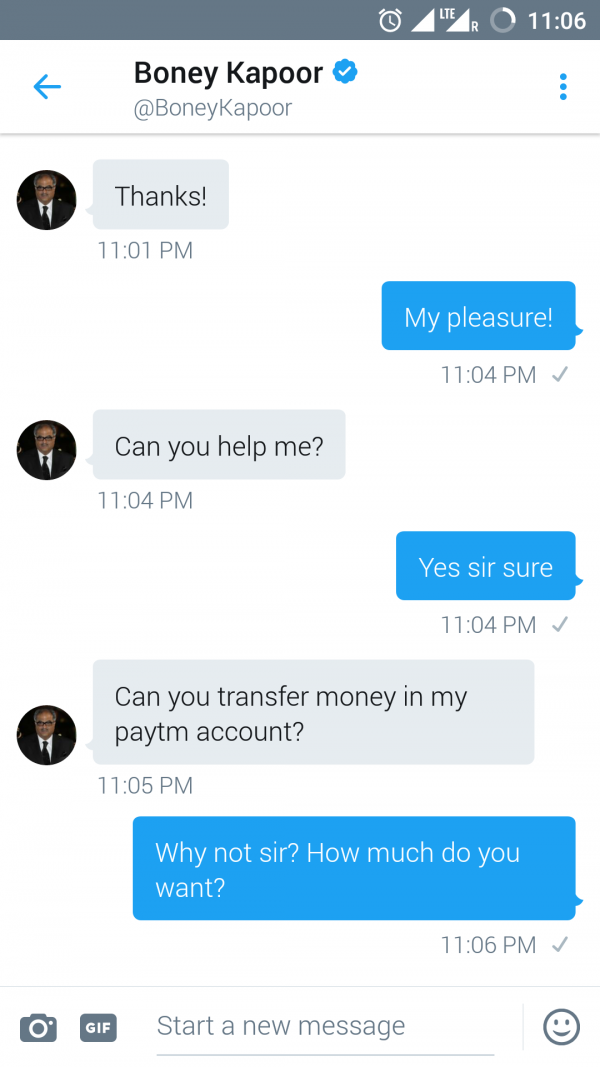 People soon realised that Boney Kapoor’s account was hacked and refrained from making any transfers. When they tried to reach the number mentioned, no one answered but Truecaller showed it belonged to a person in Gujarat.

Shockingly, this has happened to many common people too. It had become the latest trend. People there, watch out to this!