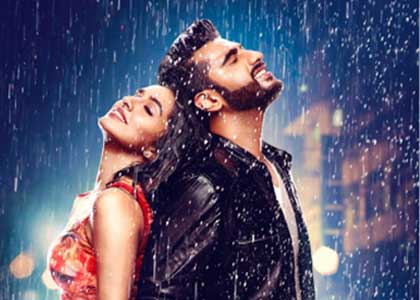 The Bollywood film Half Girlfriend, which is an adaptation of Chetan Bhagat’s novel, has revealed its first look.

Chetan Bhagat’s novels never miss to impress the Indian audience and so are their Bollywood adaptations. Whether it is 3 Idiots inspired from Five Point Someone or Kai Po Che adapted from The Three Mistakes of My Life, we have loved it all.

Now there is a one more novel of the author, which has given rise to a film in Bollywood, which is Half Girlfriend. The film is entitled the same as the novel.

The film features the never seen before couple in Bollywood – Shraddha Kapoor and Arjun Kapoor. The first look of the film has been revealed and we must say that the two of them have succeeded in bringing back the essence of love in Bollywood. 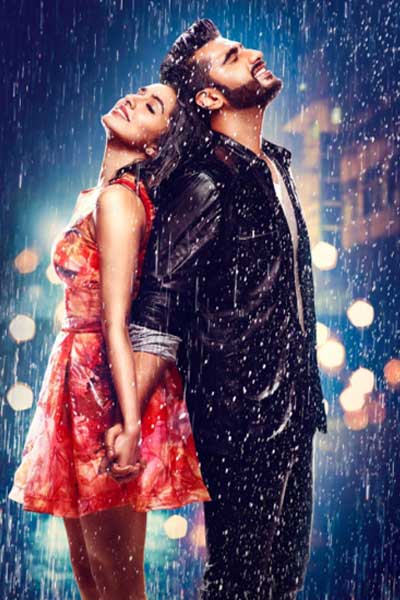 The first look of the film sees the Ek Villain actress and the Ki and Ka actor romancing in the snow. We have seen Shraddha and Arjun very often romancing their co-stars in the rain or snow, but their fans are eagerly waiting to see their burning chemistry in this film.

Arjun has already worked in a Chetan Bhagat adaptation with Alia Bhatt, which was 2 States. But it is Shraddha’s first time. Also, it is the first time that the two of them are sharing the screen space together.

While Arjun is working on his next Mubaraka, with his uncle Anil Kapoor, Shraddha is also working on her next Haseena: The Queen of Mumbai, with her brother Siddhant Kapoor. Both of these films will be releasing this year.

Now coming back to Half Girlfriend, the film is directed by Mohit Suri and produced by Ekta Kapoor. It is scheduled to release on May 19, this year.