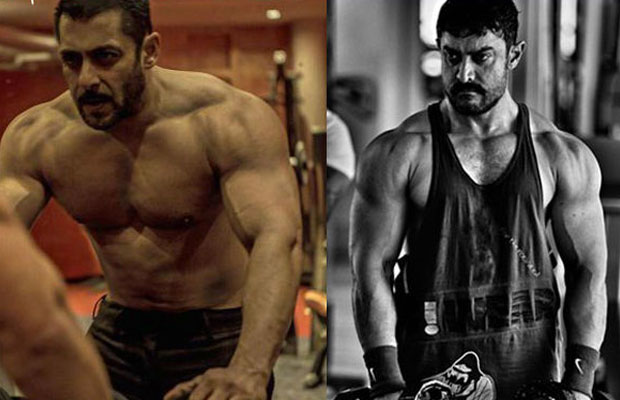 Action has always been an indivisible part of movies. People love movies with high-octane action sequences.

Hand to Hand combat has always been a catalyst accelerating action sequences in movies.

Many of the yesteryear Hindi movies have action scenes in which actors throw away their weapons & choose to fight hand to hand, to showcase their heroism.

Bollywood actors have once again chosen to do action scenes with hand thus making hand-hand combat a trend again.

Salman Khan has created a rage with Sultan; fans have gone crazy while seeing Salman fighting Phelan’s in Akhada & punching and kicking wrestlers in mixed martial arts league in the movie.

Aamir Khan will also enthrall us with his action sequences in his upcoming biographical sports drama film ‘Dangal’ in which he is portraying the character of ace wrestler & senior Olympic coach ‘Mahavir Singh Phogat’.

Not only Aamir and Salman but Hrithik Roshan has also joined the league of actors doing hand to hand combat with ‘Mohenjo Daro’.  Hrithik Roshan will be seen fighting two deadly fighters Bakar-Zokar in Mohenjo Daro.

Nearly 300 men were auditioned for this action sequence as there was a specific requirement of two giant looking men having a huge built and high stature to feature opposite Hrithik Roshan. The men selected for the character of Bakar-Zokar are more than 7 feet tall & are extremely agile.  Apart from it, Hrithik Roshan will be seen performing a lot of action in the movie.

With films like ‘Mohenjo Daro’, ‘Dangal’, & ‘Sultan’ hand to hand combat has become the new fad of Bollywood superstars.