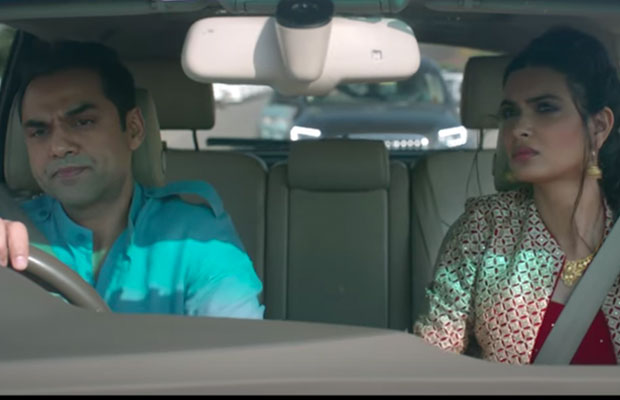 [tps_footer]Diana Penty and Abhay Deol will share screen space in their upcoming film ‘Happy Bhag Jayegi’. Diana who was last seen in the film ‘Cocktail’ was absent from the limelight. The cheerful actress will now flaunt her Punjabi traits in the film. The trailer of the movie has impressed the masses by all means and finally the first track from the film Aashiq Tera has released.

The film is going to be a romantic one with loads of twists and turns. Diana and Abhay’s on screen pairing is looking promising. Both the celebs are complimenting each other to the core. The trailer of the film has surely hinted at the fact that the movie is going to be fun filled with loads of hearty issues. The plot revolves around Diana’s character Happy who is all set to get hitched with Jimmy’s character. Things take a turn when she runs away from the wedding and lands in Pakistan.

The song Aashiq Tera is a love filled track with loads of emotions. The glimpse sees brief scenes from the film. From stolen glances to heartbreaks, Aashiq Tera describes the confusing relationship between Happy and Abhay Deol’s character.

Aashiq Tera is crooned by Sohail Sen and Altamash Faridi. ‘Happy Bhag Jayegi’ is directed by Mudassar Aziz and is scheduled to hit the screens on August 19th, 2016. The rom-com is helmed by Krishika Lulla and Anand L Rai.