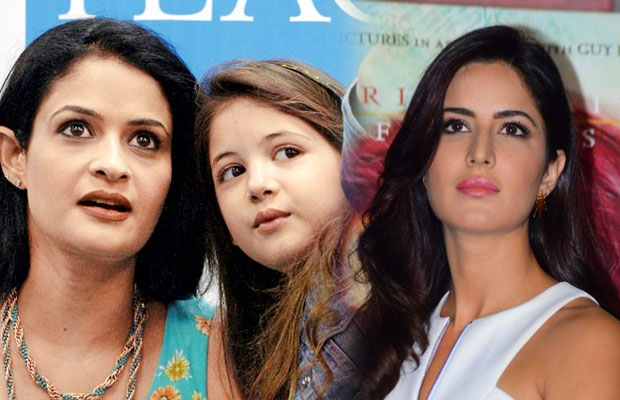 The actress got a very overwhelming response for her social media debut. She was welcomed warmly on the site by not just her fans but also a number of celebrities like ex-flame Salman Khan, Priyanka Chopra and Shah Rukh Khan.  In fact the latest and cutest addition to Bollywood, Munni a.k.a Harshaali Malhotra was not left behind. Little Munni wished the actress oh her Birthday posting, “Happy Birthday Katrina auntie.”

However, the word auntie was not received much positively by Kaif’s fans and they lashed Harshaali was calling the pretty damsel an ‘auntie’.

However, Harshaali’s mother ran to the rescue of her daughter. While speaking to Bollywood website, Kajal Malhotra, Harshaali’s mother said, “There are different types of people in this world. They are free to pass their judgments. Harshaali is an 8-year-old, so obviously she will call Katrina aunty. How can they say call her Didi? Well, there is a certain age of being Didi. Katrina is my age, so my daughter will call her aunty only”.

She also spoke about how Katrina Kaif thanked the little girl clearing that she has no issues ith being called aunty. Kajal said, “Harshaali loves Katrina and she was very happy with her reply on the message. Also, that message was clear that Katrina doesn’t have a problem with my daughter calling her auntie”.