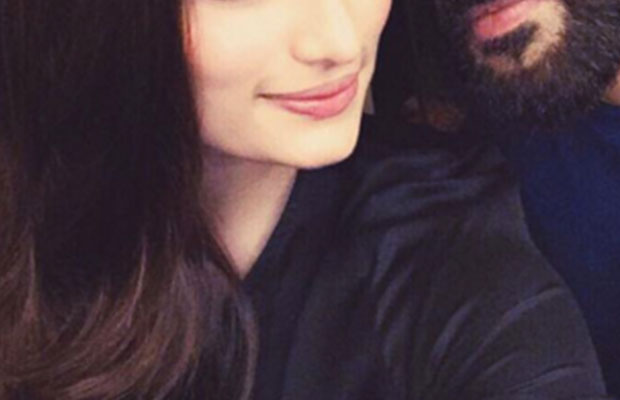 [tps_footer]Actor Suniel Shetty turns 55 today. The angry and action hero of Bollywood made his debut in 1992 with the film Balwan. The actor ruled the 90s and early 2000s with his amazing and powerful performances.   Well, on his birthday his daughter Athiya Shetty posted a very sweet message for him.

The Hero actress shared a selfie with Suniel on her Instagram. She captioned the pic as, ‘Happy birthday to my hero, my inspiration and undoubtedly the most beautiful soul. I love you Papaaaaaaaa❤️ Thank you for being my strength.#MyDaddyStrongest 5⃣5⃣ @suniel.Shetty.’

Isn’t that cute? We all know that Suniel and Athiya share a very cute bond with each other. He had even been promoting his daughter’s first Bollywood movie Hero. He has always been by her side. In the pic, Suniel looks very dashing. His bearded look doesn’t make him look like a 55-year-old man. Suniel’s new look has been a talk of the town for a while now.

Athiya made her Bollywood debut n 2015 with Sooraj Pancholi in Hero. She even won several debutant awards for the same. As far as Suniel is considered, he might be seen in Hera Pheri 3 in 2017. The film has been shelved for several reasons. Well, nothing official has yet come out.[/tps_footer]