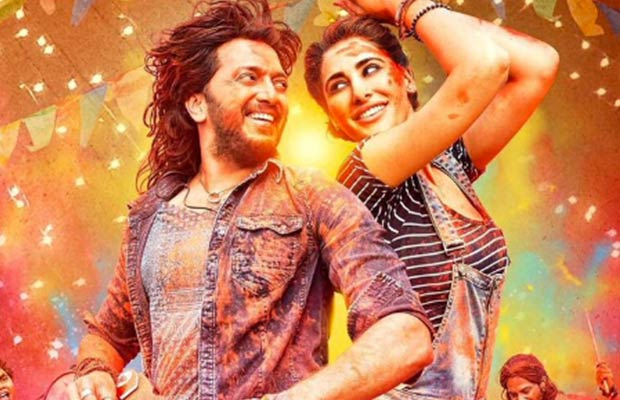 In Banjo, Riteish is essaying the role of a banjo player. The trailer shows how Riteish tries to take banjo to an international level. Well, he tries to show the world power of a not-so-popular musical instrument. Today, Riteish unveiled the poster of his upcoming film. He took to his Twitter handle to share this colourful poster.

Nargis and Riteish look in a festive and joyous mood in the poster. Their faces are all smearing in gulaal. Also, in the background, there are some band members playing dhol and tablas.

The Heyy Babyy actor looks like a complete rockstar in the film. Sporting long hair and a badass attitude, he looks quite appealing. There are also romantic moments between Riteish-Nargis in the trailer. The duos are working together for the second time. They previously came together in Housefull 3, however not as lovers; whereas in Banjo, they look extremely adorable together.

Vishal and Shekhar composed the music of the film. Banjo will release on September 23, this year. This will be Riteish’s third film of 2016. From his previous releases, Housefull 3 became a blockbuster where Great Grand Masti didn’t impress the audiences’.[/tps_footer]