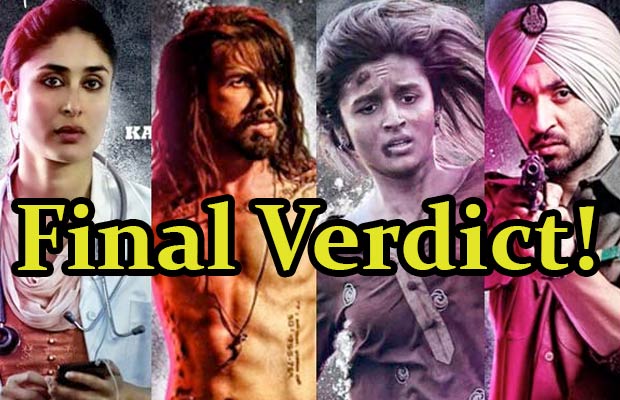 [tps_footer]Shahid Kapoor and Alia Bhatt starrer Udta Punjab, which is nearing for the release, had landed itself into a controversy. The film, which is based on drug abuse in Punjab, was not issued certificate by Censor Board of Film Certification. The censor board had given strict suggestions to the makers of the film to remove Punjab from the film’s title. The revising Committee claimed that the film is defamatory to Punjab and therefore, the name from the title should be dropped off.

Not sitting quiet, the makers of the film filed a plea to Bombay High Court against an order of the Review Committee of the Central Board of Film Certification (CBFC). Earlier today, High Court released its final decision saying that the film can be released with only one cut. The other cuts, which were ordered by the Central Board of Film Certification, were pulled down by HC.

One scene, which will be deleted, is the scene where Shahid Kapoor is urinating. Film’s director Abhishek Chaubey, expressed his happiness over the same saying that he feels relieved and salutes the courage of his producers. He also added saying that the makers of the film will try to release the film this Friday, as scheduled.

Well, the film, which has been cleared by ‘A’ certificate, stars Shahid Kapoor, Alia Bhatt, Kareena Kapoor Khan and Alia Bhatt in the lead roles.  Directed by Abhishek Chaubey, the thriller will be having a drug mafia, and the characters of the film will be revolving around the storyline of drug abuse amongst the youth.[/tps_footer]