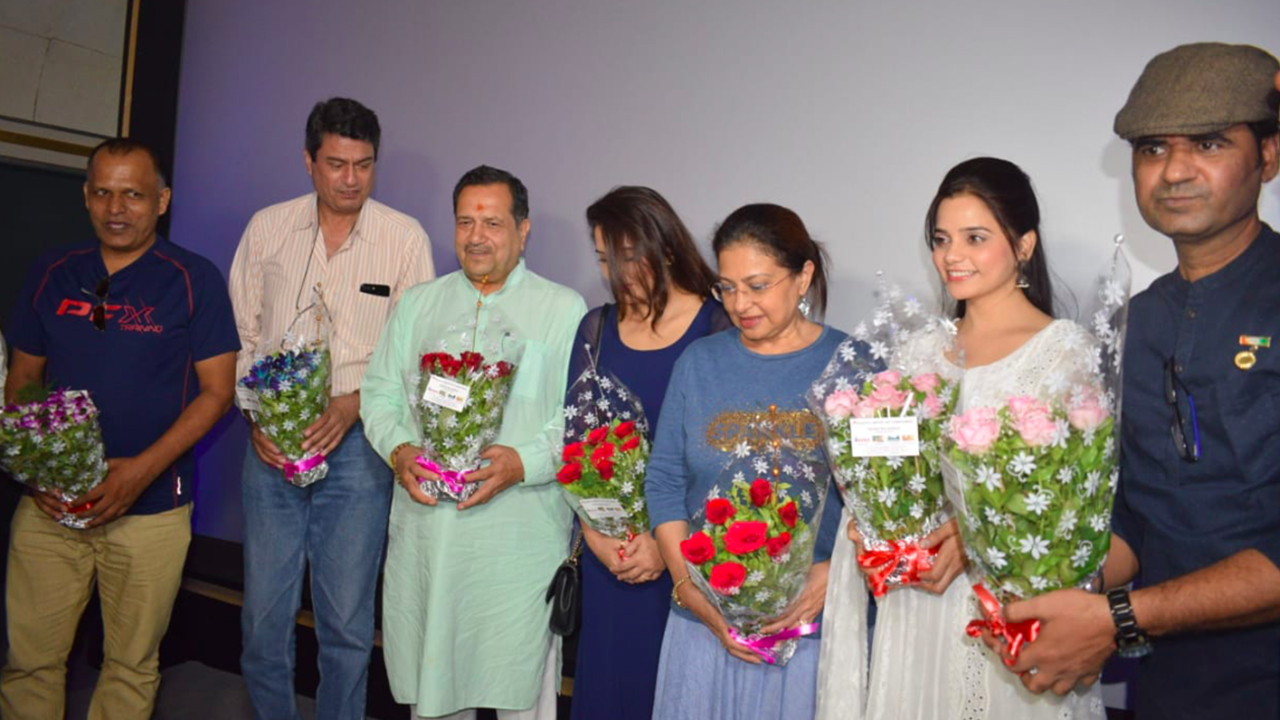 Kanwaljeet Singh’s anger broke out against three divorces A special show for the RSS Leader, Shri Indresh ji, Phir Ussi Mod Par
Three years of divorced film, ” Phir Ussi Mod Par” the anger of senior actor Kanwaljeet Singh and the anger against the three divorces broke out at the time when during the special screening of this movie in Mumbai, In the context of divorce, questioned. He said in a very angry sense, “There are three divorced things happening in today’s modern times.” The male sends “three divorces” on the phone or on the phone and say to the woman, “Go left you”. It’s a matter of right or not. I do not think social divorces are good. ”

Kanwaljeet Singh also said that this film has not been made to please any particular party. Lekh Tandon can not make the film with this thinking. A God of society took over his heart and he gave it the form of a film. ”

The special screening of Tandon’s film ” Fir Ussi Mod Par” was placed at the Famous Studio in Mumbai, where the senior leader of RSS and Shri Indreshji, the guide of the Muslim National Forum were present as the chief guest. . He watched the whole movie and was very impressed with the subject matter of the film and its content. The feature of this movie is that it is produced by Trinetra Bajpai & Kanika Bajpai.

This film is written by Naksh Leelpuri, Ahmed Vashi and Irshad Kamil, who is Associate director by writer and director Suresh Premvati Bishnoi, along with the acting of Kanwalajit Singh, Parmeet Sethi, Bharat Kapoor, Govind Namdev, Kanika Bajpai Vinita Malik, Shibah Khan and Gimhayee. is.

After seeing the film “Fir Ussi Mod Par” Shri Indresh, the senior leader of the R.S. and the guide of the Muslim National Forum, impressed with its make-up. He expressed the desire that the film will give a positive message to the society. He also said that this type of films should be tax-free. He described the death of Great writer-director Lekh Tandon as a big loss and congratulated Trinetra Bajpai that he had reached the final film release of the Lekh Tandon.

Let us tell you that this film is shown at the Berlin Film Festival and it has been given the Best Music Award at the Golden Triangle International Film Festival.

Present on this occasion, actor Kanwaljit Singh mentioned the story of his old and deep relationship with Tandon and said that the film does not have Shahrukh Khan or Akshay Kumar, but the film is about to open the eyes of the people. The purpose of keeping its special scanning is to show it to people who can ask for tax free. So that its message could reach more and more people.